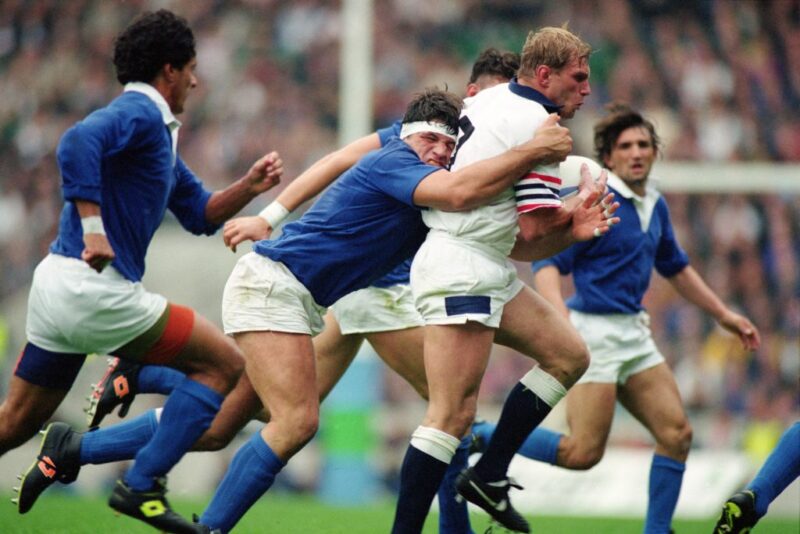 In our new Top 20 feature, Brendan Gallagher ranks the players who would battle on while battered and bruised in the fight to win.

The Basque muscleman and hard case from Feas on the Spanish border used to win all the local strongman and stone throwing competitions at summer fairs in the Basque region and the singing contests to boot. The rock around which France’s 1977 and 1981 Grand Slam winning packs were built. Didn’t have the size and bulk of fellow prop Gerard Cholley but was much more feared. Only once fazed in 55 Tests – see the Fran Cotton incident!

World-class back-five forward in all respects who would have commanded a place in any world XV of his time, Charron was nails pure and simple, seemingly impervious to pain and along with the likes of Norm Hadley, Gordon Mackinnon, Glenn Ennis and Eddie Evans formed the core of a formidable 1991 Canada pack that you needed to treat with care. Quality opposition might have too much class elsewhere and the Canadians would eventually be overhauled but in this era nobody can recall Canada ever losing a fight. Ask South Africa!

Strawman they called him on account of his farming background in Yorkshire and blond mop, but never can there have been a more inappropriate nickname. Winters developed a wide range of skills as he got older but his physicality and pain threshold was always at the heart of his game. He was a man of iron. Was the Lions player of the series in adversity in New Zealand in 1983 and was back there ten years later putting his body on the line again for the 1993 team.

A remarkable back five player around whom Georgia’s rise up the ladder was largely based for a decade or more. Can’t remember any nasty foul play from Gorgodze, just hundreds of shuddering all-embracing tackles or powerful busts taking three of four opposition defenders with him. Sizeable without being huge he was a monster in the collision and tackle area. Nearly 300 Top 14 fixtures without taking a backward step or flinching. Four World Cups for the Lelos and, memorably, that MOM award when they played the All Blacks in 2015.

A fantastic hybrid between the sheer physicality and brutish approach of Botha and the athletic rugby-playing prowess of Victor Matfield which is probably why he rates with Maro Itoje as the world’s best lock and arguably the most valuable player on present form. The guy can do it all and that includes pile driving tackles, huge clear-outs and taking massive retaliatory hits in the heat of battle. If there is a flare up Etzebeth is always on the case, first backing his colleague up and then, occasionally, as peacemaker. When Etzebeth says the fight it over believe me it’s over. Nobody contradicts him.