Williams column: Now World Rugby has to help out the needy 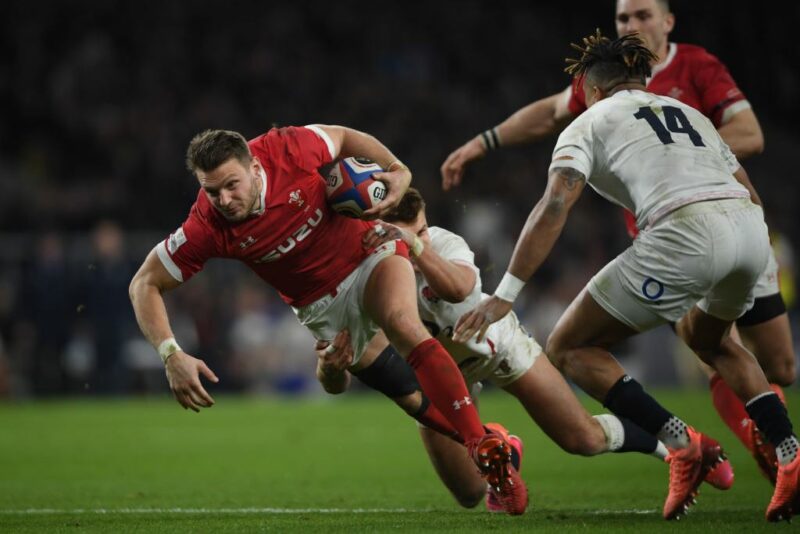 THE FINANCIAL situation rugby in Wales is facing is bleak – but the Welsh Rugby Union and their players are taking the right steps to ensure there will be light at the end of the tunnel.

It is only right and proper that the players take pay cuts in these extraordinary circumstances. Wales head coach Wayne Pivac and chief executive Martyn Phillips have already done that and they are to be applauded.

Now it’s over to the players to follow suit. I’m sure they’ll do the right thing and to be honest, there is no real alternative. We have to do this for the good of our game.

As a player there is always a great deal of importance you have to place on your wages. In professional sport that is often seen as greed or arrogance because of the sums involved, but that is not necessarily the case. Rugby players are like everyone else – they have their jobs, mortgages and bills to worry about and you can’t blame them for being concerned about their monthly pay packet.

We must remember that while the best Test players do get paid very well, that is not the case across the board in rugby. There are many who will not be on huge wages and the young men coming through the ranks right now will have worries. We must look at this situation as a big picture.

Rugby is most certainly not Premier League football.

For every Alun Wyn Jones and Liam Williams, there is an academy player or someone who is just starting out in the game. It is they who will be impacted most by a pay cut.

Luckily for them, things are very different now to when I was playing and the senior Wales players look out for those below them. Alun Wyn is a key man in doing that.

When I started out at Neath I was paid £200-a-week before tax. That was my first contract. At that stage all I wanted to do was play rugby – it wasn’t even about the money.

That was a good job because if anything, I was losing money due to travel and nights in the bar! A few years later when I got into the Wales team my contract was £12,000-a-year.

Nowadays things can change very quickly for young players. There is a great deal of money involved and I’m sure there will be difficulties for the players to negotiate right now. The bottom line is I was never forced into taking a pay-cut, but at the moment this is a remarkable situation and I know Welsh rugby’s players will step up to help out.

They are being helped by the Welsh Rugby Players’ Association who have improved massively as an organisation. When I was playing, they were a shambles.

We were winning Grand Slams for our country and were not receiving what we should have been. There were people around the game at that time who, unfortunately, let us down and took advantage. That’s the truth and again there were times we lost money due to representing our country. That is no longer the case and Wales’ senior players do a great job in working with the authorities to ensure a fair deal. In fact, you only have to go back to around this time last year to see how Wales’ senior players are used to dealing with stuff off the field.

Before the 2019 Six Nations game with Scotland there was talk of the controversial and planned merger between the Ospreys and Scarlets.

I know players like Alun Wyn, Ken Owens, Justin Tipuric and Jonathan Davies stepped up to help deal with the situation and Welsh rugby is lucky to have guys like that around.

I’m sure they will be playing a similar role right now in terms of liaising with the WRPA and the Welsh Rugby Union. They have all been there, seen it, and done it.

That is a priceless asset for the current situation.

The real question we must consider is what shape Welsh rugby will be in come the end of this crisis.

We will get through this, but rugby as a whole – not just in Wales – has been shown it is very vulnerable. Rugby is not the only sport to be in this position, but hopefully our game’s administrators and governors can use this time to really think about how we move forward.

Like the rest of us who are sat at home at the moment, World Rugby and their unions have time on their hands right now to analyse things. They have a chance to pause and take a breath.

In the hurly-burly world of professional sport it’s not often you get that. Rugby has to use this period wisely. I’m sure there will be a degree of panic in the boardrooms over finances and that is only to be expected, but we also have to look deeper at how we see our game moving forward.

Do we have too many games? Are the players paid too much? What is the ideal scenario in which the season should be structured? Are the northern and southern hemispheres working together?

These are big questions, but if we can’t ask them now, then when will we be able to?

I’m sure Wales will be at the forefront of these discussions with World Rugby and I’m equally adamant that our game’s governing body should be ready to help out if needed.

Last year’s World Cup in Japan generated such large revenues that surely some of that money can be used and spread across the various unions who need it most?

From a Welsh perspective, the WRU are doing all the right things. Martyn’s decision to stay on as chief executive even though he had been due to leave this summer is both noble and entirely correct. The governing body’s biggest earners – the players and coaches – will also have their pay packets cut and from the outside there does seem a coordinated approach.

That gives me hope, not only for the Wales team and the four regions, but for the community game too. We have to remember how much this situation is hitting the grassroots clubs. It would be devastating if some of them were forced out of business by the coronavirus.

Hopefully that can be avoided with the plan the WRU have in place. Stick together everyone and we will come out the other side.