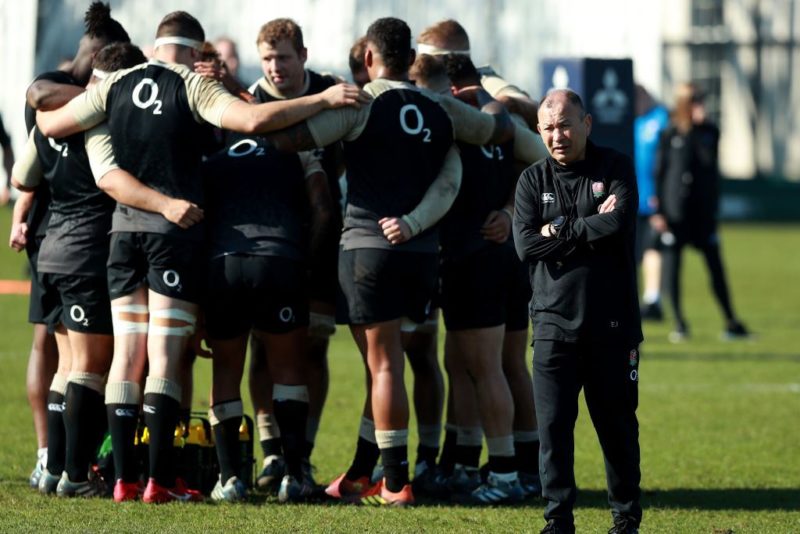 As we start what will be a short summer break for those players who hope to play a part in the Eddie Jones’ World Cup squad, I can’t help but think about my time in their shoes.

The dreams and aspiration of all players since 1987 was to make a World Cup squad because it came round only once every four years, meaning you would have become an established international if you could make two.

World Cup squads were not a political balance of the players from four countries unlike the Lions, where many quality players were never chosen in a trade-off between the countries.

Playing back then it was your first and foremost priority to make your country’s national team because all other major representative teams were, in many ways, just a bit of fun.

Whether the Public School Wanderers, the Barbarians, North Hemisphere, the Home Unions, the Lions or a World XV, I’ve played for them all. Although it was great to have the chance to play with some of the fantastic talented players that I usually played against, nothing has the same feeling and intensity of running out for the country you were born and raised in.

As a young player, when I started to climb the ladder the dream was not about playing for anyone other than England. Playing for my club was a weekly thing I did as a hobby and once I’d made the first team and then the county side, I knew I was a good player and so it was about how far I could go and whether I would make the right choices that would enable me to one day run out and play in a full international.

The right choices may sound a bit strange but rugby remains a sport that still has a bias towards certain schools and clubs when it comes to progressing up the playing ladder.

Attend the right school and you will be in the schoolboy county squads and a Premiership academy, plus you are likely to get a scholarship to an elite school that has links to a particular Premiership club.

Back when I played, the percentage of England internationals who had played at all levels of age grade rugby was minimal because there were representative teams that allowed late developers (or those from the wrong background) to show what talent had been ‘missed’ by those early selectors.

The ability to reach the top without coming through age grade rugby kept the dream alive for young players, with many of them proving they were better players by going on to play for England.

Nowadays, the percentage of age grade players making senior international is steadily increasing, which begs the question; are the selectors getting better and less biased or is it just that there are no longer any meaningful representative teams for the missed players to exhibit their talents?

The weeks building up towards a World Cup are among the most stressful a player ever faces. First, there’s the waiting to see if you’ll get picked, then a series of training and testing to ensure you are at the right levels of fitness, and finally the warm-up games.

Those games are in some ways the hardest to play mentally, as you know you will need to put in a good performance and hopefully win – but at the same time not risk getting injured.

Imagine the pain of spending a whole year hoping for selection, finally achieving it only to be injured in the last warm-up game and being unable to take part.

For me, being selected for the first World Cup in ‘87 was, I thought, a chance to get my first cap, but the RFU had decided they didn’t want any new caps awarded during the tournament. This meant despite doing all the training before and during the tournament and sitting on the bench for most of the games I never got on the field, or a cap.

Personally, I can’t wait for Eddie Jones to name his players, partly because he has so much choice in virtually every position and it will be interesting to see how he balances his squad around which style of game he has decided to play.

Will he go for the power of Billy Vunipola, Nathan Hughes, Courtney Lawes, Brad Shields, Joe Cokanasiga, Manu Tuilagi, and Ben Te’o or the pace of Tom Curry, Mark Wilson, Jack Clifford, Ben Earl, Elliot Daly, Henry Slade, Ollie Devoto and Jonny May or a mixture of both?

Either way, Jones will have to make sure he has his Plan B in place and that his team, whatever style he decides to pursue, knows and understands it, and his captain, whether Owen Farrell or Dylan Hartley, can trigger it when and if there is a need.

Having avoided the Barbarians game, Jones will need the warm up games to finalise his plans and make sure there are no more lapses like during the Six Nations. That means putting in a winning performance in all of those games.

If England are to make this a World Cup to remember, it has to be for the right reasons and that will only be the case if Jones makes the right choices off-field and get the right team on it.