Home / Features / Columnists / Cain column: Get Anthony Watson in the England no.15 shirt

Cain column: Get Anthony Watson in the England no.15 shirt

Posted on 1st May 2019 by admin in Columnists, Featured, Features, Nick Cain 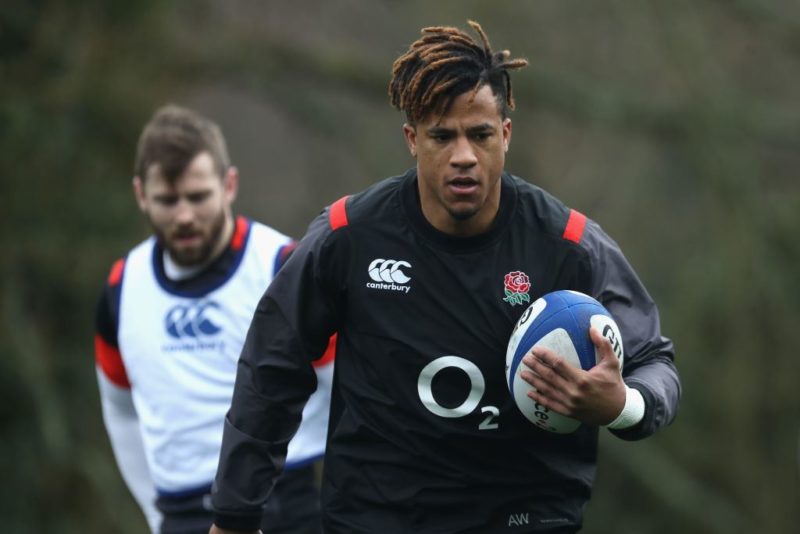 ANTHONY Watson’s 74 minutes at full-back for Bath in their 6-3 loss to Sale at the AJ Bell last Friday night was a positive result in the sense that one of English rugby’s brightest attacking talents came through unscathed after 13 months out with an Achilles injury.

Whether the home fans who braved the wind and rain to watch the Premiership’s lowest scoring game of the season were similarly unscathed is debatable.

Their consolation was seeing Sale leapfrog Bath to go sixth in the Premiership table, and into European Cup qualification with only two matches left.

Watson barely got into his stride in a stalemate of an encounter which had little to recommend it aside from a torrid honours-even breakdown battle between the Curry brothers and Sam Underhill.

There was little attacking spark with only two notable breakouts, both in the second half.

The first was when Jonathan Joseph made a clean break – which would probably have finished in the try had expert tracker Chris Ashton been playing for Bath rather than Sale – but instead petered out.

The second came when Denny Solomona latched onto a loose bounce and set off on a clear sprint to the line, only to be run down and tackled after a five metre start by Joe Cokanasiga, with the Bath winger doing a passable impression of the Incredible Hulk.

Watson’s return, as well as the Joseph and Cokanasiga highlights, raise crucial questions over the backline selection for the 31-man England World Cup squad.

With a 17 forwards/14 backs split favoured by almost every side in the 2015 World Cup (including world champions New Zealand and pool exit England), Eddie Jones has a plethora of choices to make in the outside backs, which includes solving a growing conundrum at full-back.

The same selection formula in 2019 gives Jones seven places for outside-centres, wings and full-backs – and that leaves the England head coach with an extremely taxing selection job.

His full-back options include the just returned Watson, the incumbent 15 Elliot Daly, and Mike Brown, although the Harlequins man did not make the 23 in any game in the Six Nations.

Unless Jones includes one of those three as a winger – where all of them have played successfully at Test level – he has to cut one of them.

Then he has to sift three out-and-out wing candidates from a list that includes Jack Nowell, Jonny May, Cokanasiga,  Ashton, and one of his three full-backs.

That makes seven back three players for five places, with Watson, who has a short window in which to find form and full fitness, vulnerable.

The same applies even more so to Ashton – who only started against France in the Six Nations – as it does Brown.

The conundrum is that Brown is unquestionably the best English full-back under the high ball, with Daly’s aerial and positional skills in defence still shaky during the Six Nations despite nine England starts at 15 this season.

It is also noteworthy that since Wasps moved Daly back to his ‘natural’ home at outside-centre their attack has improved out of sight, resulting in their recent wins over Exeter and Worcester. Yet, Jones has played him only at full-back and wing, and has Henry Slade and Joseph covering 13.

The failure to give Daly a run in his best position is a perplexing oversight that Jones could correct in the World Cup warm-up Tests against Wales (twice), Ireland and Italy.

However, should he decide to keep him as a full-back, Watson will have to prove his aerial excellence, as well as his all-round skills, during the warm-up games, to not only oust Daly, but push Brown out of contention.

This is because in Watson’s other position, wing, May and Nowell are in pole position, with Cokanasiga coming through this season as the x-factor bolter Jones has yearned for.

Rob Howley, who worked closely with Watson during the 2017 Lions tour, is convinced that he has the talent, and more importantly the determination, to do so.

The Wales and Lions attack coach says of Watson: “He has certainly got internal motivation, and in New Zealand two years ago he saw there was a Test place up for grabs.

“Then there was his ability to work on elements of his game. His work ethic is second to none, and he was always grabbing either Neil Jenkins or me so that he could improve aspects of his game.

“He worked especially hard on kicking into space from the back field, as well as on his aerial catch – looking at technical aspects in the air – and also at his positioning on the counter-attack.

“He had that ability to beat the first, second and third defenders, and he has that fast-twitch pace which makes him such a threat from deep – and it’s why he puts bums on seats.

“However, he also had the maturity to work on elements of his game, and with all the travelling there is on a Lions tour, it’s not always easy to do that. He was very diligent, I also believe that he’s very driven. He wants to be the best.”

Watson has to come from a standing start to claim the England 15 shirt, and while his first steps were understandably tentative in the south Manchester rain, he has the pedigree to make the long run from the back, and leap highest.