Varsity: Who was the dashing Cambridge wing in Sherlock mystery?

Posted on 6th December 2017 by admin in Brendan Gallagher, Features 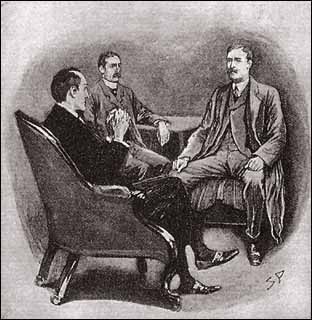 The lead up to the Varsity match is always a tad fraught, but hopefully whatever happens in the coming days, it will be tame compared with the fictional events that unfolded in The Adventure of the Missing Three-Quarter, a little known Sherlock Holmes short story by Arthur Conan Doyle first published in the Strand Magazine in December, 1904.

Varsity match which results in his frantic skipper, Cyril Overton, contacting Holmes and Watson at 22B Baker Street, first by telegram and then in person. You know the drill.

The Varsity match, according to Overton, was simply unwinnable without Staunton who had already been capped by England and was described in glowing terms by is captain. “He’s simply the hinge the whole team turns on. I’d rather spare two from the pack and have Godfrey for my three quarter-line. Whether it’s passing, or tackling, or dribbling there’s no one to touch him and then he’s got the head and can hold us all together.

“There’s Moorhouse the first reserve but he is trained as a half and he always edges right in on the scrum instead of keeping out on the touchline.  He’s a fine kicker it’s true but then he has no judgement and can’t sprint for nuts. Why, Morton and Johnson the Oxford fliers could romp around him.

“Stevenson is fast enough but he couldn’t drop from the 25 line and a three-quarter who can’t either punt or drop isn’t worth a place for pace alone. No, Mr Holmes we are done for unless you can help me find Godfrey Staunton.” 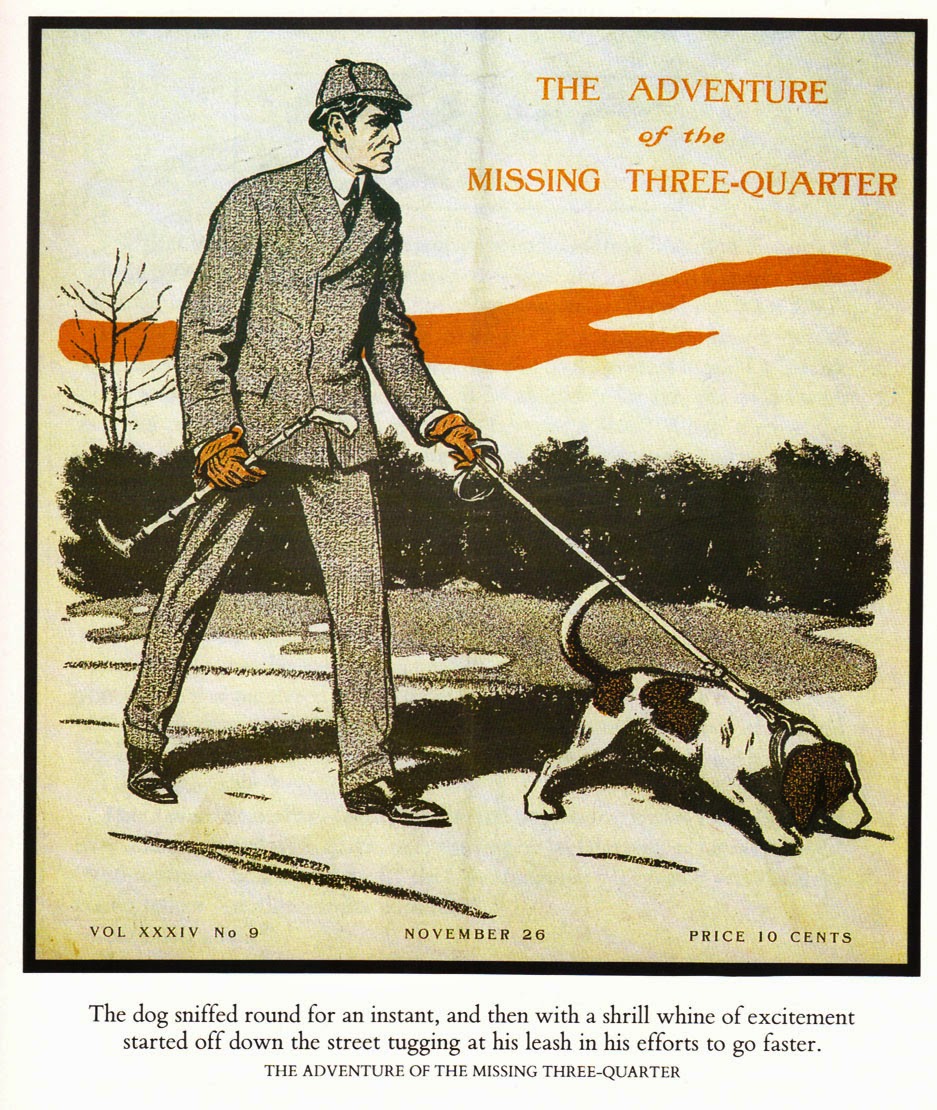 “I didn’t think there was a soul in England who didn’t know Godfrey Staunton. Good Lord Mr Holmes where have you lived?”

Holmes nearly resorted to levity at this point: “You live in a different world to me Mr Overton, a sweeter and healthier one. My ramifications stretch out into many sections of society but never into amateur sport which is the best and soundest thing in England. However, your unexpected visit this morning shows me that even in the world of fresh air and fair play there may be work for me to do.”

With the help of Watson, a Blackheath player himself but of a different era and inferior calibre, Holmes swung into action and a distinctly dark and tragic drama unfolds. After the usual ducking and diving and false trails a distraught Staunton was eventually tracked down by Holmes to a remote Cambridge farm where he is found grieving for his young wife who has just died from consumption.

Until this point Staunton had kept the existence of a wife secret because he stood to inherit a fortune from his spectacularly grumpy and mean old uncle, Lord Mount James, the richest man in all Britain who was without issue… but only on the proviso that Staunton remained single.

With that case eventually solved the obvious question for all us amateur sleuths is who is the model for Godfrey Staunton, this superstar Edwardian rugby player and paragon? Authors might pluck generic names from the air but the characterisation itself is invariably based on a person or persons known to them. 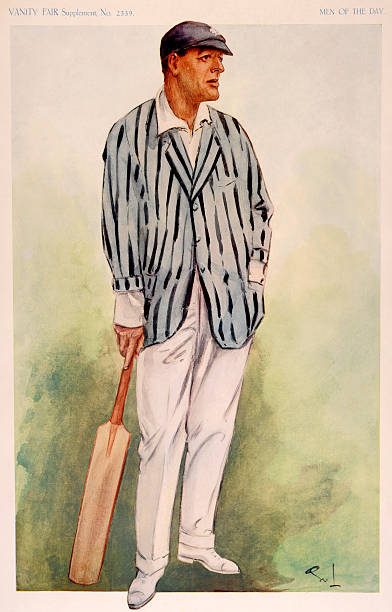 Conan Doyle was a notable amateur sportsman – skiier, skater, golfer, cyclist, AAA official and a cricketer whose one first class victim was famously WG Grace – but although a fan of rugby he was not a player and boasted no great expertise.  But he had many friends who were and by a process of deduction and elimination I have narrowed it down to two prime ‘suspects’ who Doyle possibly morphed into one character.

First, there was fellow author Bertram Fletcher Robinson, one of his best friends who was also a former editor of the Sunday Express. They first met on a voyage from Cape Town to Southampton – when Doyle was returning from the Boer War – and legend has it that en route they cooked up the storyline for the Hound of the Baskervilles. They later discussed the potential for the book again during a sporting weekend at the Royal Links Hotel Cromer. Robinson was a notable Cambridge rugby Blue for three years in a row, a sure-fire England star of the future whose career came to an early end with a nasty knee injury.

And then there is Conan Doyle’s good cricketing mate Ted Dillon, who won four England caps on the wing in 1903 and 1904 before concentrating on cricket – he captained Kent to three county championships between 1909 and 1913.

Dillon, a Blackheath rugby stalwart, was playing for Kent at Lord’s on the famous occasion when Conan Doyle was representing the MCC and caught fire at the crease when a fast delivery from Bill Bradley ignited a box of vesta matches in his flannels. The story caused quite a sensation at the time with the match getting considerable coverage, which alas was bad news for Dillon, who much to his chagrin bagged a rare pair.

So between Dillon and Robinson I strongly suspect we have our man but it is rarely that simple with Holmes or Doyle. In the story it mentions the Varsity match being held in February but everybody knows the game is always played in December. Except in 1880 when it was indeed held in February after the scheduled December game was fogged off. Perhaps we need to closely examine the Cambridge line-up that day. Investigations are not yet completed to my entire satisfaction.