Posted on 15th July 2020 by Adam Ellis in Featured 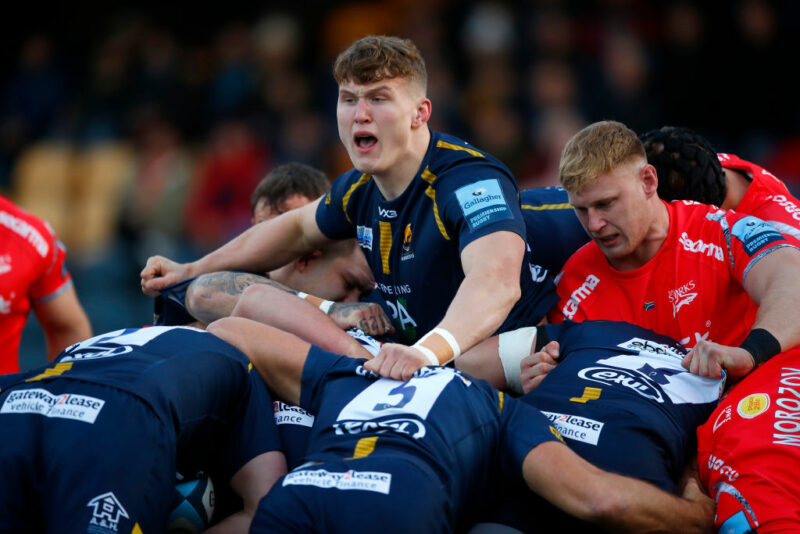 Worcester Warriors have named Ted Hill as their new captain, the youngest in the club’s history at 21.

Hill succeeds GJ van Velze with immediate effect and will head a new captaincy team at Sixways with centre Will Butler appointed as vice-captain and hooker Matt Moulds as team captain.

Hill and Butler were both part of the club’s leadership group last season while Moulds, who previously captained Northland in New Zealand, led Warriors in nine matches before the season was interrupted by the pandemic.

“The appointment of Ted and Will as Club Captain and Assistant Club Captain, respectively, accords with our vision for our young Worcester lads to form the core of our team,” said director of rugby Alan Solomons.

“They are both homegrown players who have come through our Academy and it’s fantastic to see them rise to leadership positions.

“Ted has developed into a terrific player who has the full respect of our whole squad. He is a young lad who has a massive future in the game and he will lead as he plays; from the front.

“Will is a natural leader who has captained England age grade teams. He and Ted complement one another and I really look forward to working with them as we take the club forward.

“Mouldsy is an outstanding leader and experienced team captain who has led Northland to an ITM Cup final. He has also had the benefit of coming through the prestigious Canterbury Crusaders Academy.

“He is a salt-of-the-earth character who has settled in well here at Sixways. His leadership will add huge value to the team and I look forward to us working together as we seek to progress the team.”

Hill, a product of Malvern RFC and the AASE and Academy systems at Sixways, scored two tries on his Gallagher Premiership debut against Leicester Tigers at Sixways in September 2019 and was capped by England as a replacement against Japan at Twickenham two months later.

He recently committed himself to a long-term contract with Warriors and is excited at being given the honour of leading the club.

“It’s a massive honour. It’s your local club, your childhood club and it’s an honour to be picked for that role,” Hill said.

“Solly rang me up and gave me the reasons and it was very exciting as soon as he let me know and a really good moment.

“We have so many leaders around and so many people who do such an excellent job when it comes to leadership that I didn’t really see it coming so it was a good surprise.

“Me and Will were in the leadership group together so we have got a little bit of experience around what that takes. With people like GJ, Chris Pennell, Niall Annett and Marco Mama we have been surrounded by good people and so we have learnt off them and how they hold the team accountable.

“When the season resumes, with new coaches and new players coming in, we want to finish off by drive standards within in the group and everyone is accountable for those standards. Everyone needs to drive those standards themselves and push each other on rather than one individual doing that.

“I see the leadership role as bringing it all together, making sure we are tight as a unit and that we keep fighting for a common goal.

“The good thing with Will is that we have both come up through the Academy and we have been in and around the club for a long while and we know everyone from Academy up to the senior guys.

“The benefit of having someone like Will in there is that he knows everyone and he’s able to connect with everyone which is really useful.

“Mouldsy has captained the side a number of times earlier in the season and he was really excellent. He really leads by example, he has some valid things to say and he certainly deserves to be Team Captain.”