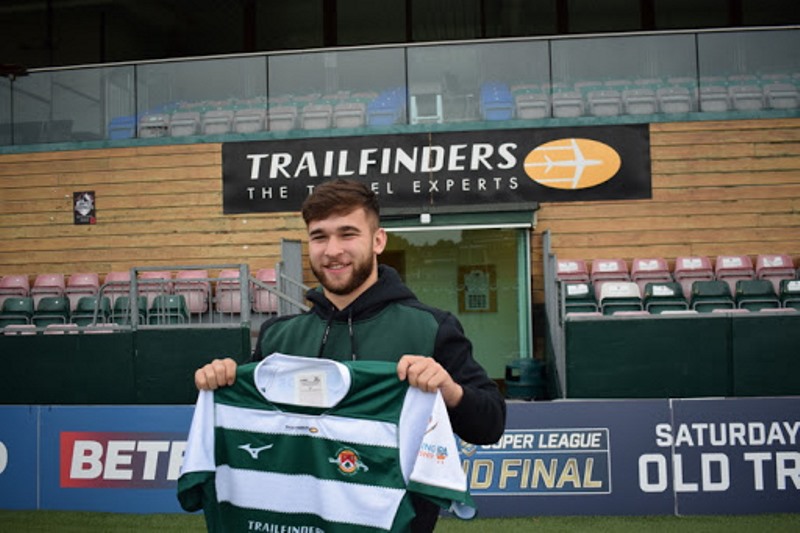 As a young scrum-half deemed surplus by the Ospreys, Dan Hiscocks refused to be down-hearted and instead chose to further his rugby career in London.

Born near Aldershot of Welsh parents – “The same Frimley Park hospital as Jonny Wilkinson, so that’s my claim to fame,” he laughs – Hiscocks moved to Brecon with his family and played junior rugby for Llandovery RFC before switching to Brecon, where he was spotted by Ospreys.

Alas, two years in their junior academy came to nought. Hiscocks, 19, explains: “The Ospreys were fortunate in having Harri Morgan, Matthew Aubrey and Reuben Morgan-Williams, who were all young, and, at 18, I figured I’d have to look elsewhere.

“Considering I was English-qualified, it made sense to look over the bridge and Ealing just looked like a really good place to go. I’m now a year into studying for a degree in military and international history at Brunel University and it’s gone better than I ever expected it to.”

With lightning pace that manifested itself at Ystalyfera Secondary School, where he excelled at 100m sprint and 110m hurdles, allied to a good pass, Hiscocks impressed last season on loan.

He said: “I came into pre-season at Ealing late so I played for London Welsh at the start of the season, which was a brilliant experience, before Ealing allowed me to go to Blackheath.

“National One is a very good standard and I was nervous at first, but their head coach James Shanahan was very good with me and it’s a really good club. They’ve got a good thing going and I’m signed on again, so hopefully they can make a push for the Championship.

“In the meantime, I’ve worked hard with Andy Holloway, my skills coach at Ealing, and done a lot of one-on-one work. He’s far and away above any other coach I’ve had in terms of his creativity and what we do as scrum-halves, so I’ve really landed on my feet here.

“There’s big competition among the No.9s at Ealing, but Nathan Fowles has been very helpful in going through my games and I’m picking up as much as I can.”

While Hiscocks faces a battle to get past Fowles, Craig Hampson and Jordan Burns, he has no shortage of role models elsewhere. Having already been capped by Wales at U16s and U18s level, his big target for the new season is to make an U20s Six Nations squad.

He said: “I’m not a big bloke so Faf de Klerk is the No.9 I really look up to because he’s at it 100 per cent all of the time and is a real leader. Peter Stringer’s another I’ve followed as well and both those blokes showed that you don’t have to be massive to influence a game.

“Conor Murray’s passing, Gareth Davies’ defence – I try to take different aspects from them all. If I could get myself into the U20s this year, that’s my big target.”