Home / Featured / We’ll use defeat in Japan to come back stronger just as the All Blacks did in 2011, says England’s Anthony Watson

We’ll use defeat in Japan to come back stronger just as the All Blacks did in 2011, says England’s Anthony Watson 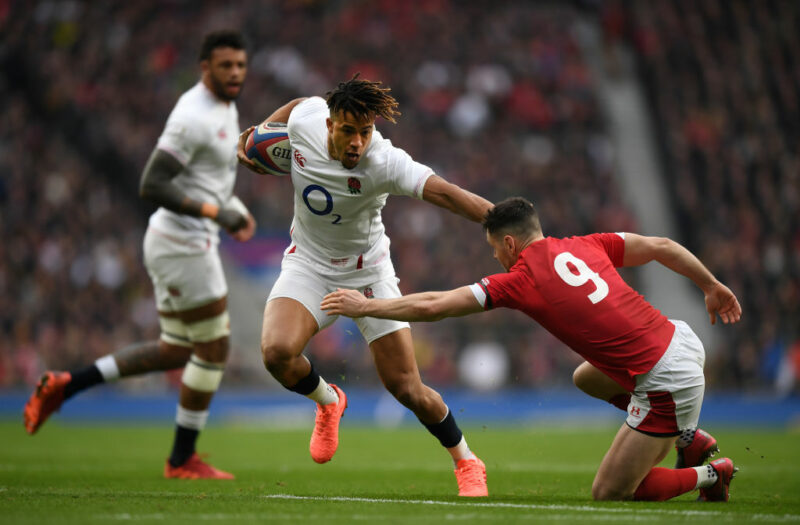 Anthony Watson insists he will never get over England’s World Cup final defeat to South Africa as he lays out his driven desire to make amends at France 2023.

Watson, who had to overcome a career-threatening Abachilles injury to make it to Japan, has all the motivation he needs to become a world champion.

In the meantime, the winger has silverware with Bath on his mind as he sets about the task of earning himself a second tour of duty with the Lions next year.

Determined Watson, 26, told The Rugby Paper: “I don’t think that World Cup final loss is something I’ll ever just get over, or be cool about what happened.

“It’s something I wish I could go back and change, but I can’t. Accepting that is the first stage, but it’s been six months now and refusing to let it go by and not allowing it to impact me for the greater good would be a waste of experience.

“If you look at New Zealand in 2007, they were devastated to lose at that World Cup, but they kicked-on and used that to achieve great success. That’s the best way to deal with it and although I’ll move on now, it’s good to have that long-term goal in mind.

“I’ll use whatever motivation I can from being in that final and, hopefully, if I can get to another one and win it, that would be a dream come true. Anyone who plays international rugby would want that and it’ll be huge motivation for club and country.”

While a calf injury sustained on club duty in January prevented Watson from playing in England’s first three Six Nations games, he returned in time to notch a try in the 33-30 victory over Wales that could yet give them a shot at claiming the title in Italy.

He is equally pleased with the subsequent decision to award boss Eddie Jones a new contract.

“That’s great news, not just for me personally but everyone involved in English rugby,” Watson says. “I think the way he’s driven the competitiveness and standards since he’s been in charge is world-class and, on a personal level, he’s helped my game loads.

“He’s made me look at rugby in ways I hadn’t thought of before and I feel like he’s developed me. I always wanted to concentrate on playing full-back but in many ways, he’s opened my eyes to the fact that back-three players need to be interchangeable.”

As for England’s Six Nations campaign, Watson adds: “I thought our response to losing the first game in France was good. We were slow out of the blocks in Paris and that was disappointing, but to come back from that with the win over Scotland in some of the worst conditions I’ve seen and put in a dominant display against Ireland was world-class.

“On the back of that I was grateful for the opportunity to get back in the team against Wales and it was another good, winning performance. We were at a high level and were looking forward to going to Italy, but obviously coronavirus impacted that. However, there’s still a good chance to win the Championship and we’ll look forward to that.”

England’s 33-30 victory over Wales was spoilt by Manu Tuilagi’s sending off after the Leicester centre was adjudged to have struck George North’s head – a decision Watson admits he finds hard to fathom given the circumstances surrounding the covering hit.

He explained: “Look, when you’re the last defender and moving as fast as Manu was across the pitch, you’re making a split-second decision to make that low tackle and it’s very difficult to control your body height in that last milli-second before contact.

“I felt for Manu, definitely, and potentially there could have been a bit more empathy around that. I felt there were enough mitigating circumstances for him to have stayed on the field and, as a back-three player myself, I know how fine the margins are.”

Watson also sympathises with another England teammate, Ellis Genge, who is fronting a bid to set up a new players’ union which, unlike the RPA, will be independent of the RFU or Premiership Rugby.

“Gengey’s a very switched-on individual who always has the players’ backs and their interests at heart,” Watson said. “The RPA do a great job with specific things, but I’ll back Gengey because players could be better equipped in cases like we’re currently experiencing with coronavirus if we had a body that was completely independent of other organisations.”

Meanwhile, Watson is hoping for a Premiership resumption and a chance to prove why sixth-placed Bath can be considered a title-winning side-in-waiting.

He said: “I’m desperate to try and win something with Bath as soon as possible and to be in the position we’re in, particularly with how condensed the league is below Exeter, we felt we were in a great place to really kick-on after the Six Nations.

“It was frustrating not to go straight back into playing but I definitely think we’ve got the players to make an impression and we’ll be motivated to fly into it.

“With the squads we’ve had over the last two or three years, we’ve underachieved, but everyone’s pushing to get a crack at something special this year.”

Beyond that another Lions tour awaits, with Watson adding: “I’d be lying if I said I didn’t want to go to South Africa so hopefully I can stay fit, win something with Bath, keep playing well for England and influence the coaches through my performances.”