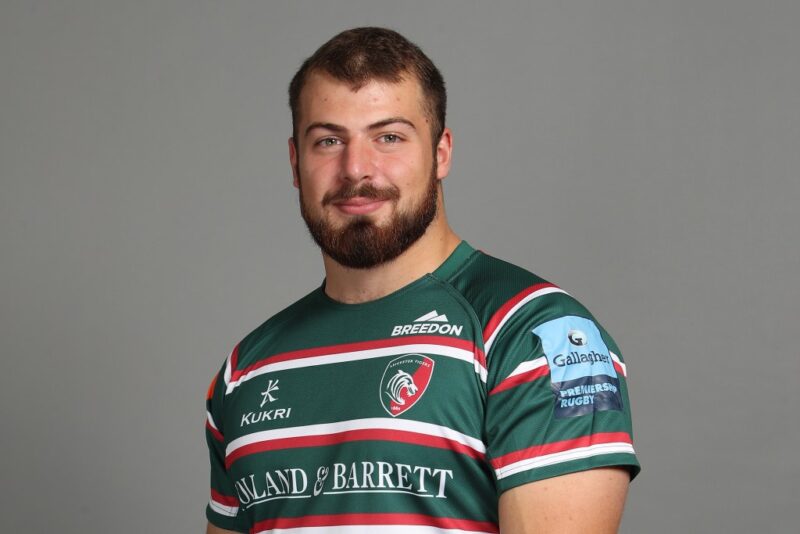 At 16, Osman Dimen was given a choice – kick-boxing or rugby? He chose the latter and, via a roundabout route that included Saracens Amateurs, Wasps’ academy, Loughborough Students and Leicester’s A-team, he began full-time training with the Tigers in June.

North Londoner Dimen was educated at the Wren Academy, Finchley, and didn’t pick up a rugby ball until he was 15. As a sports-mad youngster he tried swimming, basketball, football and tennis but really excelled at kick-boxing, in which he gained a coveted black-belt.

As he grew, however, friends persuaded him to give rugby a go. Dimen explained: “I kick-boxed from age four to 16 and could probably have gone on and been quite good at it, but I literally rocked-up at Saracens Amateurs one day because everyone said I should try rugby.

“I was pretty big and I remember my first game well. It was against Biggleswade for our B-team and I scored the first try in the game after about five minutes. It was probably a sign that I should keep playing rugby and not too long after that, I came on to Wasps’ radar.

“At 16, it was a case of which sport do I pick? Kick-boxing was the other option but because I’d been selected by Wasps at a trials day, I opted to pursue rugby instead.”

Dimen represented Wasps up to U18s level before electing to go to Loughborough University to study Geography. That put him into Tigers territory and having impressed for their A-team last season, he is looking to make the next step whilst dual-registered with Birmingham Moseley.

Dimen, 20, said: “Last year was a bit weird with Loughborough losing a lot of games and getting relegated, but it actually did a lot of good for me because I was training all the time and Tigers were happy with what I was doing. I needed to learn how to play rugby properly and Loughborough were fantastic in that respect, which gave me a chance to join Leicester.

“Since training full-time with Tigers this summer I’ve lost 11kgs (1st 10lbs). I was 128kgs (20st 2lbs) but didn’t need to be that heavy so I’m feeling a lot better about my weight. At the same time, I’ve been playing for Birmingham Moseley this season, which I absolutely love. Adam Balding’s affiliation with Leicester helped and it’s the closest National One club to Tigers.”

A teak-tough tighthead who combines the solid basics of scrummaging with the huge carrying power he possesses, Dimen aims to be ready to move up the pecking order at Leicester.

He explained: “Clearly Dan Cole is the club’s senior tighthead and it speaks for itself how great he is. Pushing him are Joe Heyes, Gaston Cortes and Nephi Leatigaga, who’s just joined, but one injury and I could find myself summoned to the bench for a game. Tigers want me to continue learning the game at Moseley but I’ll be ready if called upon. It’s an exciting time.”