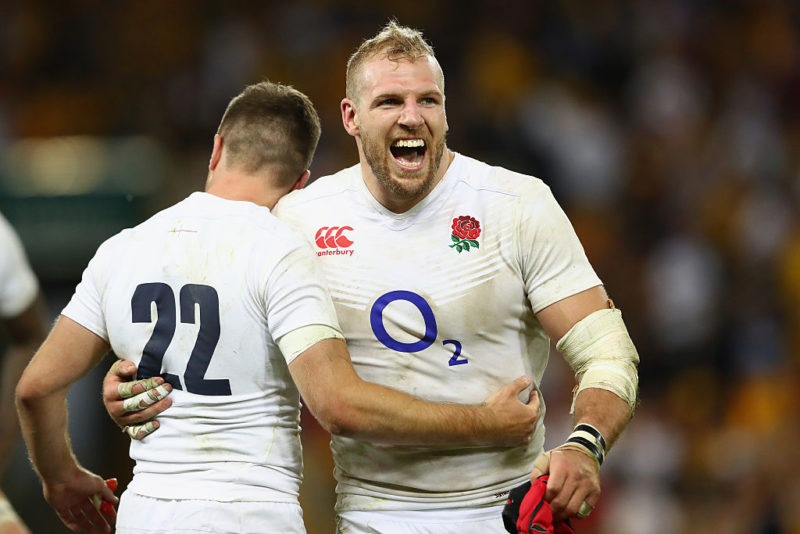 Former England international James Haskell admitted he was retiring from Rugby Union with a heavy heart, as he capped off a stellar 17-year playing career by being presented with The Rugby Paper special achievement award.

The 34-year-old announced his plans to hang up his boots earlier this month after struggling with persistent toe problem, and was honoured at the inaugural edition of The Rugby Paper awards.

Having made 77 appearances for England and featured at the last two World Cups, Haskell admitted his playing career was ending prematurely, but reflected on the tremendous success he has had.

He said: “It’s never an easy decision to retire and the issue with my toe isn’t a particularly glamorous injury, but I was unable to play at a level I would want to. I’ve been turning up to Northampton Saints every day wanting to play the game I love with players I love and not being able to do that.

“England v Barbarians this weekend would have been a great way to finish, but unfortunately that wasn’t possible.

“I only wish I’d celebrated the good times more, because in a blink of an eye you’re 34 and retired.

“One of the highlights has been able to travel the world, play for England and be involved in a Lions tour which is every boy’s dream.”

Haskell, who was man of the series when England triumphed in Australia two years ago believes he played his best rugby under Red Rose coach Eddie Jones.

“There was something about Eddie that was good for me,” said Haskell. “He seemed to understand my approach to the game and I feel I had my best performances under him.”

Haskell, who won three Six Nations titles with England, explained he has plenty of things to keep himself busy going forward, but he would have one eye on this weekend’s Premiership final.

He said: “I’ve got a few DJ bits and pieces coming up, I’ve got some TV things that are going to be bubbling away, I run a health and fitness business so there’ll be things to do there, but I’ve actually got a few weeks away which is going to be good.

“My wife and I are looking forward to putting our feet up for a bit, relaxing and getting some sun and then hitting the ground fresh.

One thing he won’t be doing just yet is stepping in the ring with former Wales No.8 Andy Powell.

Powell called him out for a charity boxing match in Newport. But Haskell said: “I’m not quite sure what he’s on down there, but it’s not going to happen.”