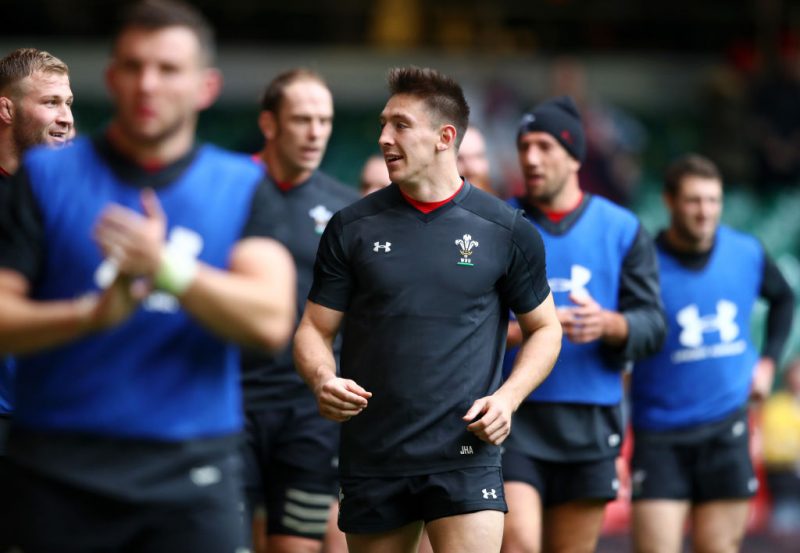 Scarlets head coach Wayne Pivac has signalled his intention to bring Josh Adams back to Wales.

The Worcester Warriors wing is out of contract at the end of the season with the Premiership club, and Pivac has expressed his hopes of luring the back to the Welsh region.

“Josh would be welcomed at the Scarlets,” said Pivac, who will succeed Warren Gatland as head coach after next year’s World Cup.

Adams has been in prolific form for the Warriors ever since he left the Scarlets as an academy graduate.

And the form that saw the 23-year-old top the try-scoring charts last season earned him international honours with Wales, for whom his has won 6 caps this year.

Adding to his desire to beat rival Cardiff Blues to the wing’s signature, Pivac said: “Josh is a Scarlets boy.

“Through circumstances at the time, he was in the academy and finances then meant we weren’t able to retain everybody.

“He’s gone away, played some really good rugby and he’s coming back to Wales hopefully.

“He’s a quality player, he’s playing international level rugby now, and he’d be welcomed at the Scarlets. There’s no doubt about that.”

Pivac went on to confirm that the returning trio of hooker Ken Owens, scrum-half Gareth Davies and centre Hadleigh Parkes from international duty would all be rested for this week’s trip to Glasgow Warriors in the PRO14.