Gallagher column: I still feel the stress of that French fightback in 1999 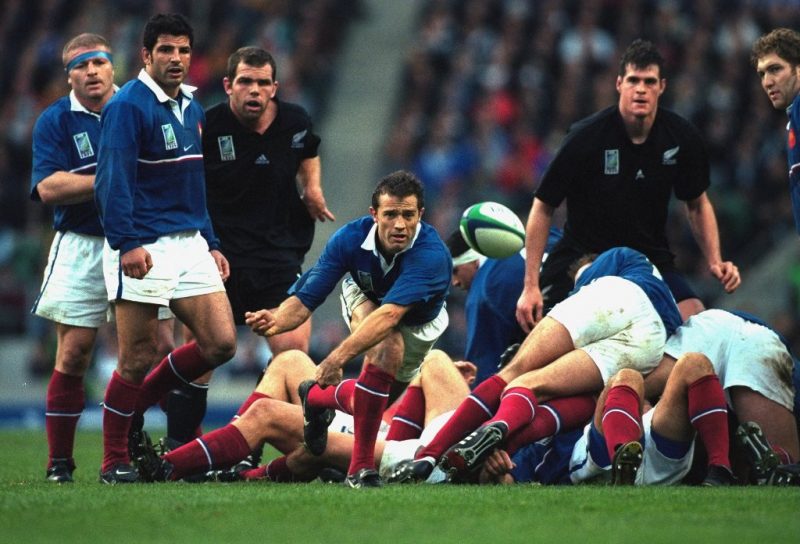 REMARKABLE comeback victories were very much in vogue in the finale to the Rugby Championship and it’s reassuring to know that such ‘aberrations’ still exist in the controlled and micro-managed professional game which seeks desperately to eliminate such romantic happenings.

New Zealand, aided by some odd substitutions from South Africa it has to be said, fought their way back from a 31-13 deficit against the Boks in Pretoria but in some ways we weren’t that surprised by that. It’s what New Zealand do.

Meanwhile in Salta nobody – and I mean nobody – expected a dispirited and shambolic Australia, at the end of a miserable season, to turn around a 31-7 half-time deficit against the Pumas. The best comeback win at elite Test level? Very possibly.

The best – and most stressful – Test comeback win I personally witnessed, however, is still France’s World Cup semi-final win over New Zealand in 1999 when Les Blues looked down and out at 24-10 shortly after half-time after Jonah Lomu stormed over for his 15th and, as it proved, final World Cup try.

The All Blacks famously only get stronger in the second half and France looked a beaten team. It was clearly going to get very ugly in the last half hour.

Wrong. Christophe Lamaison still believed, so did Philippe Bernat-Salles, Richard Dourthe, Christophe Dominci, Abdelatif Benazzi and many others as France lit the touch paper and started playing rugby from a different planet. And it wasn’t just their brilliance we remember, it was New Zealand’s total collapse. France went from 24-10 down to 43-24 up – 33 unanswered points – before a late Jeff Wilson try reminded everybody that New Zealand were still playing.

Glorious, wonderful, unexpected, but stressful? Well my journalistic brief that day was to ghost separate 900 word columns for both Sean Fitzpartick and Thierry Lacroix and as is the nature of this job occasionally both were required 15 minutes, no later, after the final whistle.

The obvious solution to this ‘mission impossible’ was to speak to both early in the second half and initially it was an absolute godsend when New Zealand raced into an ‘unassailable’ 24-10 lead. I started to crash out their erudite opinions on New Zealand’s march into the final and another sub par performance from the French and it was therefore with growing concern and alarm as well as admiration, that I watched France roar back into action. 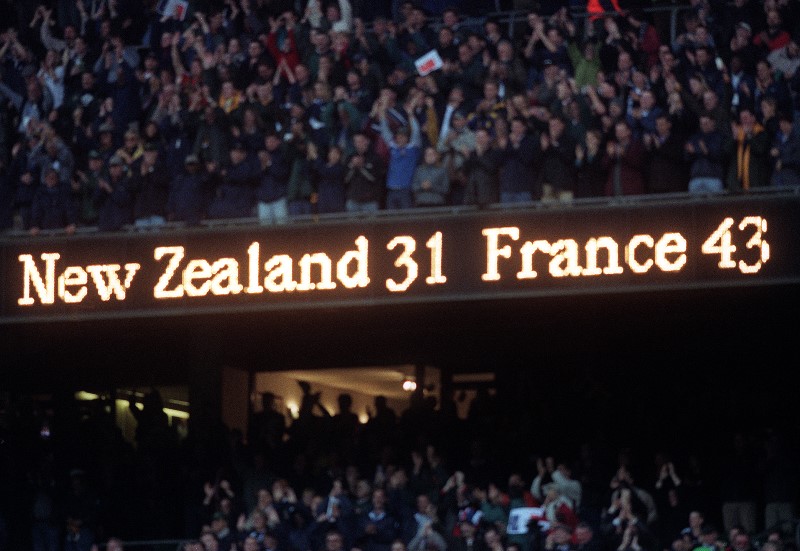 Comeback kings: The Twickenham scoreboard looked oh so different at half-time during France’s World Cup semi-final against the All Blacks back in 1999 (photo: Getty Images)

Ten minutes from time, I was back on the phone to a jubilant Thierry and scurrying around to the nearby box where an ashen-faced ‘Fitzie’ was watching events unfold in horror. Never have two columns been re-written more totally. Or indeed quicker. Blind panic can be a wonderful thing.

Happily I was just a spectator on the beers at another notable – and often forgotten comeback win – on Guy Fawkes day 1985 when Llanelli found themselves torched early doors by Fiji, trailing 25-0 after barely half an hour at a packed Stradey Park.

Much shaking of heads, Llanelli were at full strength and usually gave touring sides a bloody nose, not least the All Blacks, when they ventured down to West Wales. This was getting plain embarrassing.

There were a couple of mitigating factors though. First Phil May had for some reason given the visitors first use of a howling wind and Fiji had hoisted their mainsail and breezed in for four superb tries in 12 minutes, with Serupepeli Tuvula racing in for a brace, fellow wing Jimi Damu scoring another and Sinivaleti Laulau adding a fourth.

And second the odd thing was that Llanelli had actually played well themselves keeping ball in hand and ignoring the usual kicking options that the textbook suggests when playing into a strong and disruptive wind. They just hadn’t scored any points!

There was, however, a lightbulb moment – damn the textbook – just before half-time when powerful lock May powered over from a tapped penalty move. Llanelli, for all their love of ball in hand running rugby – there was a lengthy homage to their glorious tradition in the programme as I recall – decided the way to salvage some pride was to completely batter Fiji up front. And they boasted a surprisingly mean pack well capable of doing just that. 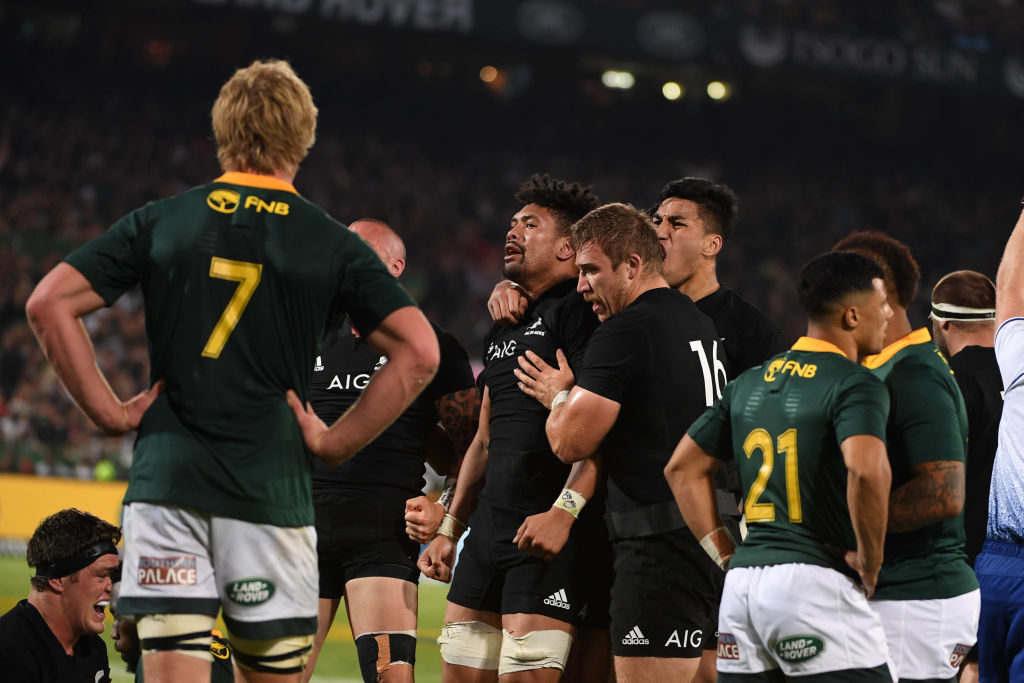 Prop Anthony Buchanan rumbled over for a second try soon after, but it still looked a long shot at 28-10 as they ran down the tunnel. After the break it was more of the same with Llanelli continuing their best Pontypool impression. Referee Les Peard had no option but to award a penalty try and then Gary Pearce took over kicking goals from everywhere as the Fijian pack found themselves in full retreat. Finally burly flanker Alun Hopkins barged his way over for a tumultuously received late winner which the immaculate Pearce of course converted.

That defeat did much damage to Fijian rugby. Their 1985 team were a good side – they had lost by one point to Ireland in Dublin three weeks earlier – but as was the way back then, many of that defeated team at Llanelli lined up against Wales in the Test four days after the defeat at Stradey.

The result, predictably, was a 40-3 hammering. The template on how to beat Fiji had been well and truly established and hasn’t varied much in the last 33 years.