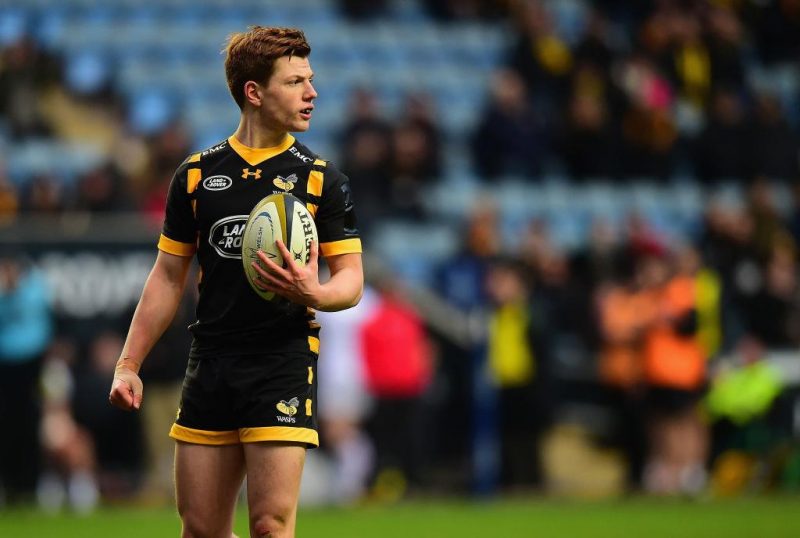 Spending time on loan at relegation-bound Championship outfit Rotherham might not be every 19-year-old’s dream.

For Wasps scrum-half Will Porter, however, the chance to pit his inexperienced wits in the darker confines of England’s second tier has proved invaluable as he targets a place in the England U20 squad that will compete at this summer’s Junior World Cup.

Porter, who has represented England at U17, 18 and 19 levels, was denied a chance with the U20s during the Six Nations because of an ankle injury. He said: “I was gutted about that but I’m back playing again and a big aim of mine is to get to that U20s World Cup.

“It’s just about getting game time and building up my confidence and, in my head at least, there’s no reason why I can’t make it. In that respect, being on loan at Rotherham this season has been hugely beneficial because although the step up to Champ- ionship is pretty big, the club has been so welcoming throughout the year and it’s done my rugby a power of good.

“Rotherham enjoy their rugby and while you’d imagine that being at the bottom of the Champi-onship would mean heads might drop and there’d be a bad attitude around the club, everyone’s kept on fighting and some of the rugby we’ve played has been awesome. We’ve given some top teams a run for their money and it’s been a fantastic experience.”

A product of Amersham & Chiltern RFC, Porter admits to having been a Saracens supporter before he became part of Wasps academy programme at 15.

“Sarries were pretty close to us in Watford, but once I became involved in Wasps I shifted my allegiance and they were probably the only club in the Premiership that played the kind of attacking rugby I found most enjoyable.

“The sort of scrum-half I want to be is electric, with a lot of good movement. Dan Robson at Wasps is obviously one of those and we’ve got Joe Simpson and Craig Hampson as well, while I also look up to guys like Danny Care and Aaron Smith who use their speed and quick-thinking to threaten defences all the time. I want to be someone who brings raw energy to the game.”

Having represented England at age group level and with a World Cup potentially to come, Porter’s ambitions beyond this summer extend to making a breakthrough at Wasps.

He added:“I’m hammering my skills at the moment and Dan, Joe and Craig are helping me at Wasps. I’ve learned a lot from them and it’s just a case now of gaining more experience, both through games and in practice, to be able to get more involved in the Wasps first team. I’ve had Anglo-Welsh Cup and A-League games, now it’s about pushing up a couple more spots.

“Of course, it would help if Robbo got an England call and no one deserves it more than him. If he could shift up a level it might create more opportunities here at Wasps.”