The magnificent seven rugby clubs in the county of Gwent 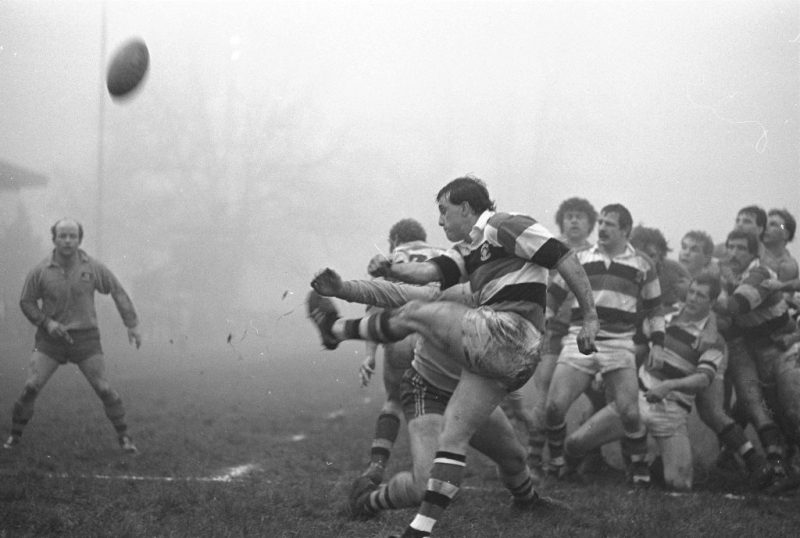 Early rugby hotbed, the town boasted five separate rugby teams before they amalgamated to form the one club in 1901. In 1908 they earned a notable 3-3 draw with a powerful Australian side, in 1931 they were crowned unofficial Wales champions and, in unison with Ebbw Vale, they defeated the 1958 Wallabies. World Class

No.8s were probably their forte with few better than British Lions Alun Pask and Haydn Morgan. Bob Norster started at Abertillery before moving to Cardiff while a young schoolboy Keith Jarrett used to play for the club under an assumed name before joining Newport. Currently playing in Division Two (East).

Unofficial Welsh champions in 1922 and 1936. When they ran into financial difficulties in 1926 the WRU offered to send up Wales to play a fundraiser, which Cross Keys won 13-8. Hardman flanker Steve Morris and prop Lonza Bowdler – a miner who insisted on doing his shift on a Saturday night after playing for Keys or Wales – were early stars. Later came the likes of Rex Richards – better known as ‘Tarzan’ after auditioning in Hollywood – dual international Joe Thompson an Englishman who played for Wales and Leeds RL and a young Taulupe Faletau. Bobby Windsor was a stalwart before his move to Pontypool.

One of the early powers in the region, although they went over to the dark side and became a RL club between 1907 and 1912. Readmitted to the WRU in 1919. Four times unofficial Welsh champions between 1952 and 1960, the Steelman combined with Abertillery to defeat the Australian tourists in 1958. Penchant for producing great back rowers – Clive Burgess, Paul Ringer, Mark Jones, Dan Lydiate – while prop Denzil Williams anchored the Wales scrum for most of the 60s. Early stomping ground for David Watkins from nearby Blaina. Currently play in the Principality Premiership.

Under Dai Harris in the 60s pioneered tapped penalty moves and the hooker throwing the ball in at the lineout. During this period they won the Western Mail Welsh championship in 1965. Paul Turner also had them doing all sorts and had his own vast array of trickery including his trademark knee kick. Dennis Hughes and Don Hayward would be among their most revered players along with Clive Davies, Kenny Waters, Andrew Gibbs and, of course, Turner before he departed for Newport. Currently playing in the WRU Championship.

A consistent power in the land for much of their illustrious history, winning the unofficial Welsh Championship on 11 occasions between 1894 and 1969 and the Welsh Cup in 1977 and 2001. Famously the only team to beat the 1963 All Blacks, Newport have produced 30 Lions tourists over the years. Among the club’s considerable roll of honour would be Bob Evans, Stuart Watkins, Bunner Travers, Brian Price, Bryn Meredith, Willie Llewellyn, Mike Watkins and Arthur ‘Monkey’ Gold. The name lives on in the Dragons franchise but now the amateur section of the club competes as Newport in the Welsh Premier Division.

The Gwent team which most consistently disputed Newport’s claim to being top dogs in the region. Won the unofficial Welsh championship on ten occasions between 1914 and 1988 and won the Welsh Cup in 1983. The following season they had a remarkable record of P50, won 46, drew 2 and lost 2. The two defeats were by a point apiece. Have produced a host of star names including the famed Pontypool front row, speed machine Ken Jones before he went to Newport, Ray Prosser, Terry Cobner, David Bishop, Eddie Butler, John Perkins and many more. Currently topping the WRU National Championship

Emerged from the Tredegar Harries side but couldn’t play regularly for the first two years until members had converted old colliery property into a playing area, filling in two mine shafts to complete the task. Strong enough in 1919 to warrant a game against a New Zealand Army team of near All Black strength. Back rowers Glyn Davidge, Mark Jones and explosive flanker Frank Jacas would be their best-known players. Nearly folded a couple of years back when they struggled to raise a team and were beset with financial problems but rallied and are still flying the flag in Division Two East.