Michael Cheika among the candidates for Gloucester head coach role 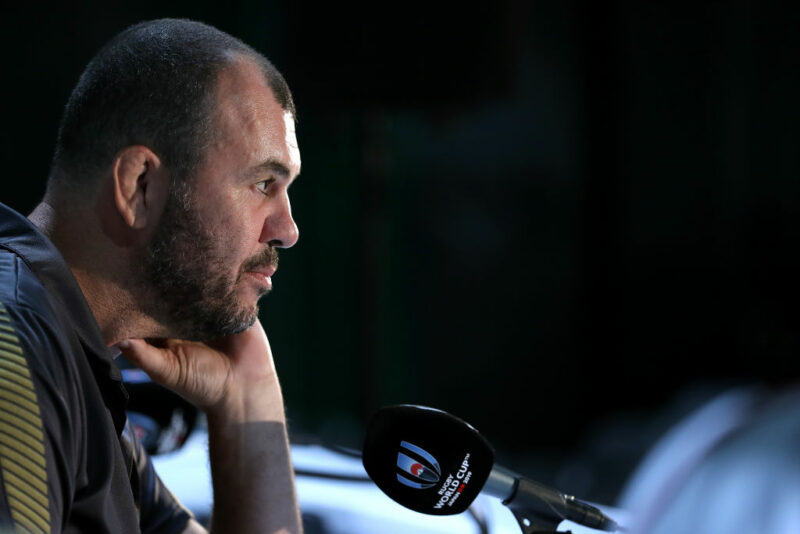 FORMER Wallaby coach Michael Cheika is the surprise name being linked with an interview for the vacant head coach job at Gloucester.

Cheika has been out of the game since he quit the Wallaby job after the World Cup last year when his relationship with Rugby Australia broke down.

The 53-year-old, who made millions selling jeans, was a target for wealthy Top 14 outfit Montpellier, as well as the Leicester Tigers.

The Tigers opted to promote Geordan Murphy to director of rugby and bring in Steve Borthwick as head coach, while Mohed Altrad chose to give his top job to Gloucester legend Philippe Saint-Andre.

The Cherry and Whites are understood to have finished interviewing candidates last week and more than one source has told The Rugby Paper that Cheika was among them.

A Champions Cup winner as head coach of Leinster in 2009, Cheika explained after his departure from the Wallabies how a desire to win silverware was even more immediate after their quarter-final exit in Japan.

“Am I satisfied in the end? No, because I wanted to win a Bledisloe and win the World Cup and I wasn’t able to do that,” said Cheika, who has been working as a consultant in the NRL with the Sydney Roosters.

It would be a considerable change of direction for Gloucester, who were believed to be looking to make a domestic or even internal appointment.

Meanwhile, TRP understands Gloucester lock Franco Mostert is finalising his exit from the club to complete a move to Japan’s Top League.

Mostert, who moved to the West Country in 2018, has been offered a four-year deal to replace his fellow countryman RG Snyman at the Honda Heat.

Gloucester, who need to slash their wage bill along with every other club in the Premiership with the salary set to be lowered, aren’t standing in his way.