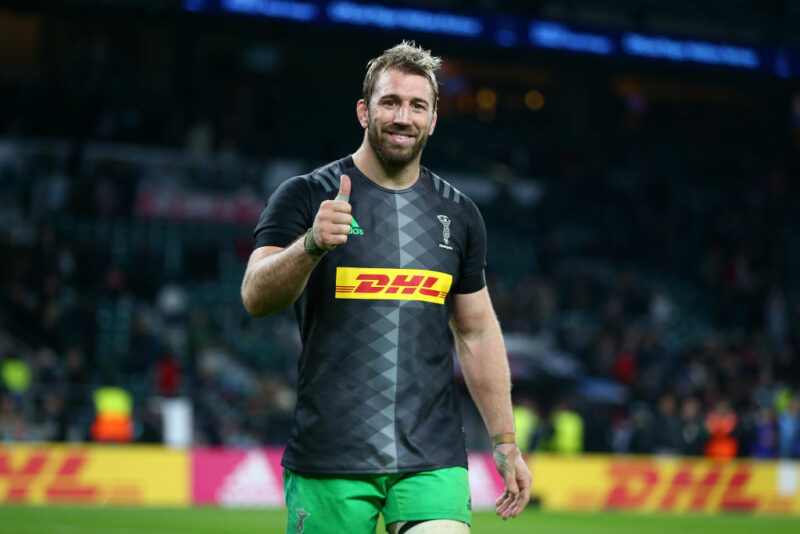 Harlequins captain Chris Robshaw has agreed terms on a short-term deal which will see him remain at the club for the rest of the 2019/20 Premiership season.

Robshaw confirmed in February he would be leaving Quins after 16 years, and was strongly linked with Rugby United New York in Major League Rugby.

But in light of the global heath crisis, the feasibility of Robshaw moving Stateside looks slim and has led to the former England captain agreeing to stay at Harlequins until the autumn.

Premiership Rugby announced last week they were targeting the date of August 15 for the current Premiership season to resume, after it was brought to a halt in the middle of March.

Speaking following news of his contract extension, Robshaw said: “It’s great news personally to know I will have the chance to play my final game for my boyhood club.

“The pandemic has affected so many aspects of so many peoples’ lives, I’m just grateful to the club for allowing me the opportunity to finish my final season with Harlequins.

“For me, this is a special team, with a special fanbase to whom I owe so much. I’m confident I can speak for the entire team in saying we’re looking forward to giving our fans something to scream and shout about again after a long absence.”

Harlequins head of rugby Paul Gustard said: “We are delighted we are in a position to extend Robbo’s contract to assist us as we look to finish the season, and Chris’ career with Harlequins, on a high.

“Chris is not only one of the most significant players in Harlequins’ rich history, he is a brilliant human being who deserves the opportunity to add to his 290-plus appearances and lead the team to the end of the season. He has been, and will continue to be, a superb ambassador for the game of rugby and will rightly be remembered as one of the greatest players that ever wore the famous quarters.”