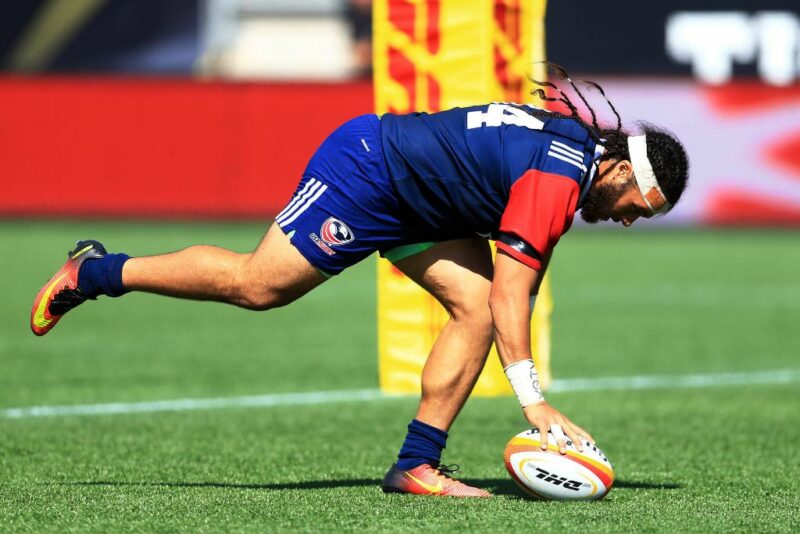 HAVING represented his country at full-back, on the wing, at scrum-half and even hooker, as well as playing Sevens, Mike Te’o would be happy to play in any position on any field right now.

The US Eagle forsook his Olympic dream to sign for London Scottish, arriving in London last Monday, but the postponement of all fixtures means he’ll never play for the club.

Te’o signed a short-term deal until the end of this season, which has come a lot sooner than expected thanks to the coronavirus shutdown.

However, the 26-year-old from Long Beach is remarkably philosophical about how things have turned out.

“I arrived Monday, trained Tuesday, Thursday and Friday and then they cancelled the game (v Hartpury) on Saturday,” he said.

“I was probably being a bit ignorant; I didn’t think it (Covid-19) would be this bad. But once you’ve made your mind up you have to go with it.

“I’ve always want to play out here, in the UK or Europe. I was hoping something would happen after the World Cup, but nothing did, which was fine, so I went back to the USA Sevens programme.

“Mike Friday, the coach, and I had an agreement that if something came up before March, I’d take it, and if not, I’d stay on for the Olympics. It was a choice between the Olympic dream or doing something I’ve always wanted to do, and literally, a week before March, this came up.

Te’o is hoping to be back home in the middle of next month, to marry his fiancée in Arizona, but while he’s in London and she’s in Spain, the special day is in doubt.

“I’m supposed to get married next month, on April 17. We’re still praying that it happens, but if it’s not that date, hopefully the next earliest date after that,” he said.

“With all this going on with the virus, you just have got to keep the faith that everything will work out, that’s what I’m doing.

“It’s a chance for the world to come together as one.”

One of the chunkier full-backs around, Te’o started out as a hooker with the Junior All-Americans.

But for someone so powerfully-built, he is deceptively light on his feet and has a great skillset – qualities that he sees in Eagles team-mate and Harlequins centre Paul Lasike, who’s just down the road at the Twickenham Stoop.

“I was with him last week, when our game got cancelled, and I just hung out with his wife and kids,” he revealed.

“After the World Cup it was his time to shine and he’s been killing it for the Harlequins.

“I can still learn stuff from him: he’s a hard runner but his change of direction is pretty nice too.”