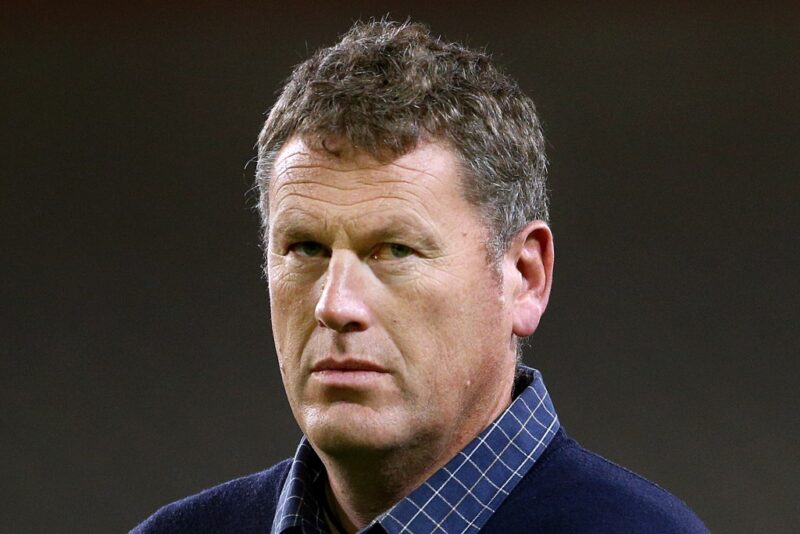 GLENN Delaney is set to be appointed new head coach of the Scarlets as successor to New Zealand- bound Brad Mooar.

The Llanelli-based club have looked internally to replace Mooar after it was confirmed he will join Ian Foster’s All Blacks in the summer after just one season in the northern hemisphere.

Confirmation of Mooar’s surprise return home hit the Scarlets hard late last year, but the region’s board will attempt to ensure the disruption is minimal by promoting Delaney to head honcho.

The 45-year-old was appointed as Scarlets defence coach by Mooar and has previously worked with the Highlanders in Super Rugby. He has also had stints in England with Nottingham and London Irish.

TRP understands Delaney is popular with the players and management at Parc y Scarlets and his appointment was discussed at a regional board meeting last week.

Delaney does have previous head coach experience. In 2016, the former second row was appointed to take charge of New Zealand side Canterbury and led them to their ninth Mitre 10 Cup title in ten years.

While Mooar’s departure shocked the Scarlets hierarchy, they have moved quickly to replace him as they hope to step up their recruitment for next season and beyond.

All four Welsh regions are keen on Saracens centre Nick Tompkins – who made his Wales debut in Saturday’s Six Nations clash with Italy – but it is the Scarlets who are leading the chase.

Saracens’ relegation from the Gallagher Premiership has led to a number of Mark McCall’s players being made available for transfer and Tompkins is among them.

The 24-year-old will have to move to a Welsh region for his next contract if he wants to carry on playing for Wales under his country’s eligibility rules.

He does, though, still have two seasons to run on his Saracens deal.

With the Scarlets soon to resolve their next new coach, the situation at the Ospreys is less clear as they remain in the hunt for a replacement for Allen Clarke who was sacked last year.

Ospreys supremo Mike Ruddock is the man leading the search for a new head coach and, as revealed by TRP, his former Wales scrum-half Dwayne Peel is among the leading contenders.

Peel is understood to have also been on the final two-man shortlist for the Scarlets job – a team with which he had so much success as a player – but lost out to Delaney.

The former scrum-half signed a new two-year deal with Ulster in January, but remains under consideration for the Ospreys although they would have to prise him from his Belfast contract.