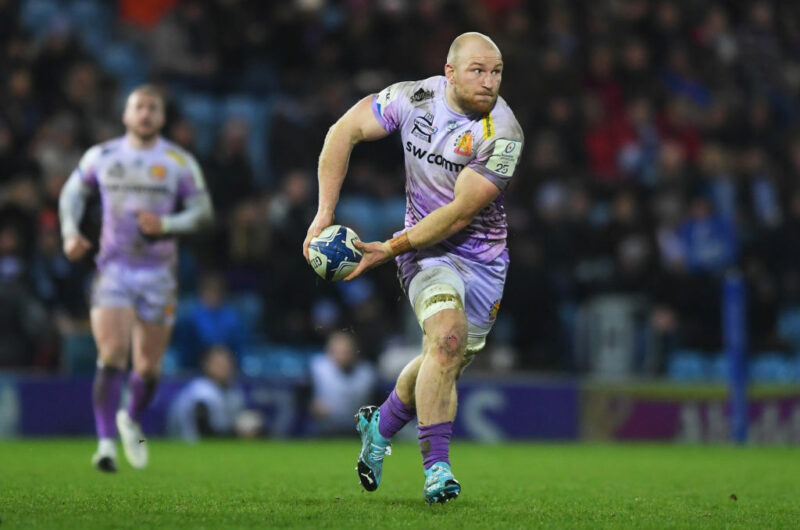 Bristol Bears aren’t done yet in their blockbuster list of new signings commitment to Ashton Gate for next season, with Exeter Chiefs back row Matt Kvesic on their radar.

The Premiership club announced on Monday they had completed a deal for Harlequins and England prop Kyle Sinckler, as reported in The Rugby Paper last September.

They could now switch their attentions to Exeter Chiefs’ former England flanker Matt Kvesic who is out of contract at Sandy Park at the end of the season.

German-born Kvesic could be too pricy for the Chiefs to keep at the club and Bristol have been sniffing about while Glasgow are also in the market for an openside.

Kvesic, who started his career with Worcester Warriors and has four England caps to his name, moved to Devon three years ago after a stint with Gloucester.

Exeter have already agreed to a deal that will see them land England U20 back row Aaron Hinkley from Gloucester when his contract runs out at the end of the season.

The highly-rated flanker was wanted by several Premiership clubs but has opted to make the short move to Devon next season.

A player who won’t be leaving the Chiefs next season is Zimbabwe-born back row Dave Ewers who has agreed a new deal.

The former England Saxons international has been with the Chiefs for ten years, and his new contract is likely to be announced by the club in the near future.