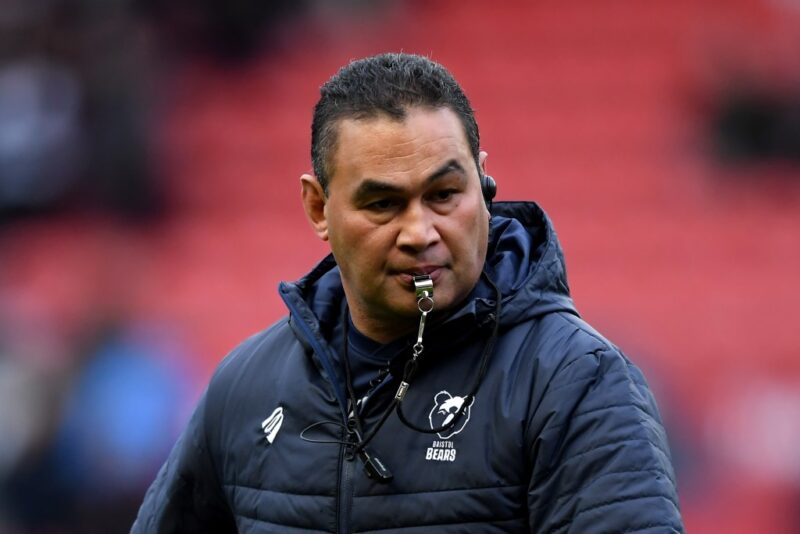 Bristol supremo Pat Lam has urged referees to adopt a zero-tolerance policy towards time-wasting scrum-halves in order to limit the box-kicking menace afflicting the game.

Despite rugby law stating the ball should be used within five seconds of becoming available to play at a ruck, many No.9s routinely employ delaying tactics, while the formation of caterpillar rucks can add an extra ten seconds to the time it takes a scrum-half to move the ball.

Lam wants refs to spend more time applying the laws instead of coaching, with cheating at the breakdown another bone of contention as far as the Samoan is concerned.

Lam told The Rugby Paper: “Players will keep doing things if they’re allowed to. But once it’s clear and a referee stamps a mark on it, that makes the game a lot easier.

“If someone’s slowing the ball down at the breakdown, the referee can either call a penalty and they’ll stop doing it or he can say, ‘move your hands’ or ‘roll away’ and the player will give it another try – then have another go until he finally gets penalised.”

Lam added: “It’s the same at a ruck. If it’s five seconds and a player hasn’t used it and gets penalised and it’s a turnover against his side, guess what’s going to happen? He’s going to use it quickly.

“It’s a problem, I agree, but I don’t put this down to players whatsoever – they’ll play what they’re allowed to play and it’s up to the officials to apply the laws.”

Lam is equally concerned by the amount of game time being wasted at scrums, with up to 20 minutes being lost in some matches on account of numerous resets.

“It’s an area that must be looked at,” Lam said. “You just have to look at teams that are ahead on the scoreboard, particularly towards the end of games, and see how many resets there are.

“It’s an area that you can use tactically, but it takes a lot of time out of a game and it needs to get sorted. If it’s collapsed, then stop the clock until the ball’s in play again.”

Meanwhile, Lam is refusing to panic in the face of a disappointing run of results in which Bristol have lost three and drawn one of their last four league games.

The Bears have dropped to fifth, but Lam said: “The Premiership’s tough and we’re just staying focussed.

“We had opportunities to beat Wasps and Leicester but didn’t and at Saracens we got ripped apart, but these are the games that highlight the journey you’re on.