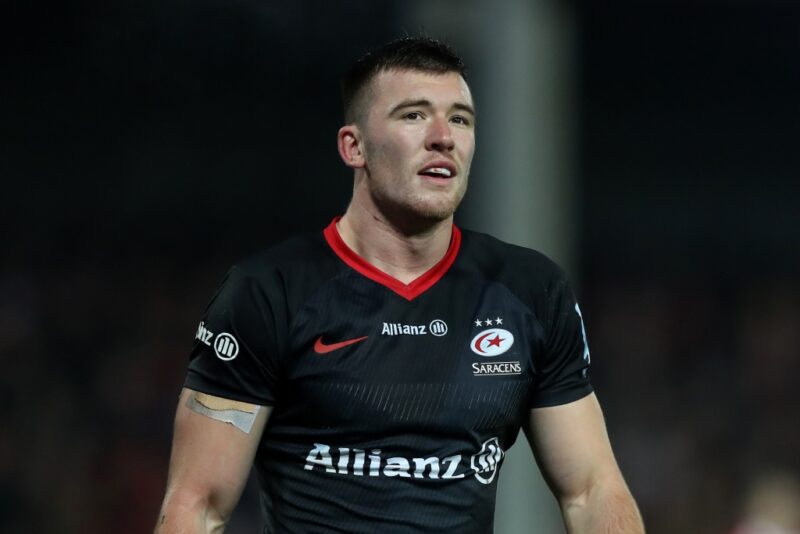 SARACENS’ desperate mass clear-out as they scramble to slash their wage bill is likely to see full-back Matt Gallagher move to Munster.

Gallagher, son of All Black legend John, is set to join the list of players Saracens are willing to let go this summer.

The 23-year-old from Sidcup, south east London, has spent five years at Saracens, who have loaned him to Old Albanians and Bedford Blues in the past.

Munster are keen to take him  and talks are at an advanced stage as they look to agree on a deal.

Saracens have already told Liam Williams and England second-row George Kruis, above, they are free to leave the club immediately.

Williams has agreed to join the Scarlets for next season, and Kruis has been speaking to clubs in Japan.

Others who could be on their way out include Callum Clerk, Michael Rhodes, Alex Lewington, Sean Maitland, Ali Crossdale and Joe Gray.

Bath want Tom Ellis to stay at the Rec

BATH have opened talks with former England U20 flanker Tom Ellis about extending his stay at the Rec beyond the end of the season.

The blindside flanker, 25, educated at Millfield School, has spent his whole career at Bath apart from a short loan spell at Yorkshire Carnegie five years ago.

Leicester Tigers defence coach Mike Ford is a big fan of Ellis and would like to lure him to Welford Road when his contract runs out this summer.

Ellis, called into an England training camp by Eddie Jones in 2017 is open to staying with Bath.