Piutau: Radradra will make us a dangerous prospect 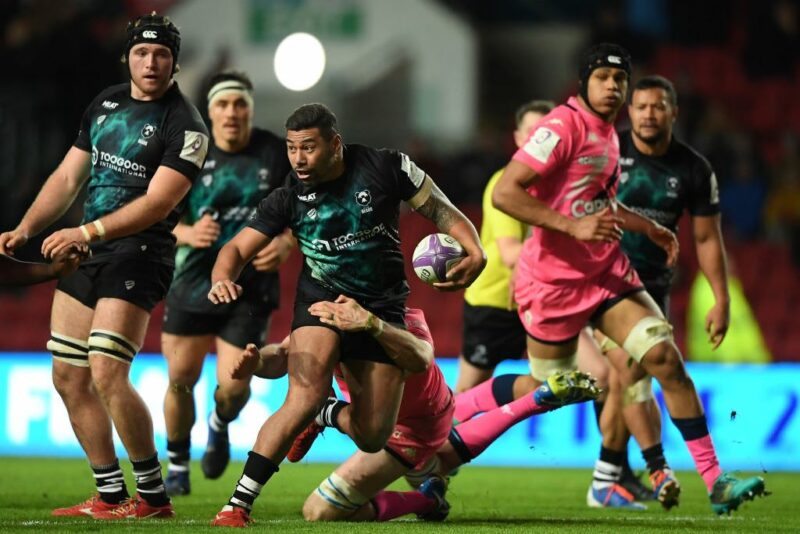 Bristol winger Charles Piutau says earning power was only part of the equation that persuaded to extend his contract at Ashton Gate.

Bears boss Pat Lam revealed last week that, as marquee players, Piutau and new signing Semi Radrada will be sitting outside the salary cap next season. However, Piutau says there was far more behind his decision to stay than simple financials.

He said: “It was a big decision but an easy one. Having spent the time I have at Bristol so far, it’s been amazing for the city, fans and the club to see what we’re building here.

“When I came (in 2018) we had plans and the vision was there, but seeing the effort that’s going in, it’s no coincidence that results have gone the way they have.”

Was France or a return to Super Rugby ever on his radar? “It was a consideration but Bristol was always my first option,” he replies. “My family is enjoying it here and I’m enjoying my rugby at the same time.

“You need to be in a place where you’re being challenged as a rugby player and as a person and be at a club with aspirations.”

The prospect of Radrada teaming up with Piutau and Aussie flyer Luke Morahan next season will have Premiership defence coaches in a sweat.

Piutau said: “The club is always looking to add quality and it was a big bonus having Semi sign. We know the calibre of player he is and people who know him say he’s a really good character as well.

“I’m really looking forward to rubbing shoulders and playing alongside him. With the guys we’ve got here already, it will be very exciting.”

Exciting is a word that covers Piutau right now, with 87 carries and 551 metres made in five Premiership matches putting him way ahead of his rivals. The former All Black’s offloads (ten) and defenders beaten (24) stats are not shabby either.

“At the start of last season I was injured, so this year I just wanted to stay healthy and be consistent,” the 28-year-old said.

“I’m only good for my teammates if I can play the rugby I enjoy and express myself within the system that we have here.”

A little publicised fact is how Piutau’s off-field commitments within Bristol have grown through his community work.

Piutau recently took on the role of squad community leader and he explained: “It’s a great role for me because we’re massive on influencing the community and having an impact on it.

“I overlook the community department and monitor the players that go to events. We achieved 600-plus hours of community work last year and want to exceed that this year.

“Whether it’s working in schools, hospital visits or with sponsors, it’s a great opportunity to build the club and everyone’s hands-on. I’ve been at other clubs where guys are just assigned and told to go, but here everyone puts their hands up.”

Piutau, committed to Bristol until 2022, hankers after representing Tonga at a World Cup. Being capped 17 times by New Zealand currently precludes him, but he has not ruled out a stint in Sevens to change allegiance for France 2023.

Piutau explained: “If there’s an opportunity and things align in terms of schedule, I’d be happy to give it a crack.

“Tonga’s somewhere I’m very closely connected to through my heritage and I’d love to give something back to them. I’m full-on with Bristol right now but if there’s a process I can go through to be eligible, I’d certainly look at it.”