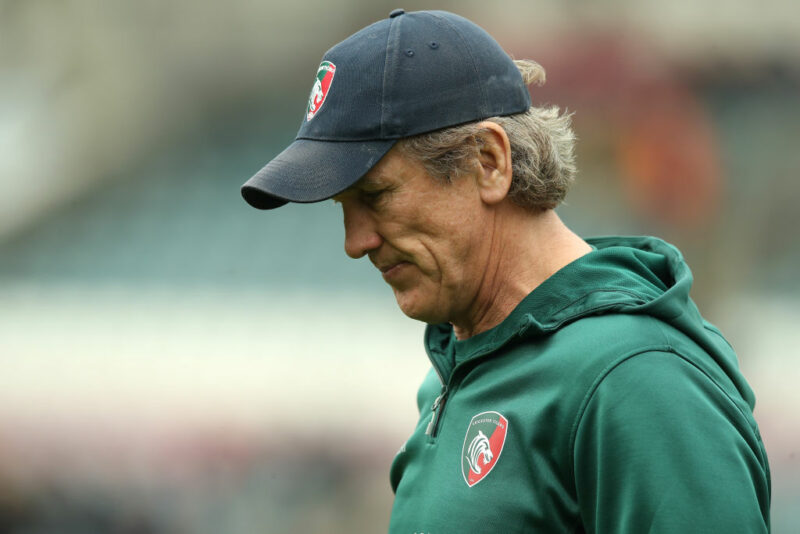 Leicester Tigers are set to confirm the departure of Mark Bakewell as forwards coach, as the Premiership club plots to make Steve Borthwick a senior figure within their coaching team.

The exit of the New Zealander paves the way for Borthwick to join Geordan Murphy’s backroom staff after months of speculation.

Borthwick held talks with Leicester back in September as the club sought to overhaul their coaching set-up amid recent seasons of underachievement.

But the England forwards coach put discussions on the backburner as he prioritised preparations for the World Cup and wishes to continue as one of Eddie Jones’ lieutenants for the 2020 Six Nations.

Leicester’s need for root and branch change has been heightened by heavy defeats to London Irish and rivals Northampton Saints in the Premiership in recent weeks.

The ten-time champions of England have failed to reach the league play-offs in the seasons which have followed Richard Cockerill’s sacking in early 2017.

Bakewell joined the club last year under then head coach Matt O’Connor, but is expected to have his departure announced this week with assistant Brett Deacon taking interim charge of the pack’s duties, according to BBC Leicester.

Saracens’ lie bottom of the Premiership standings following their 35-point deduction for breaking salary cap regulations, but have clawed their way to within 22 points of Leicester in 11th.

A points margin of 30 points separated the two clubs last season as Murphy’s side finished with the worst defensive record in the league.

The arrival of Borthwick into the Tigers’ management team will have to wait until mid-March when England play Italy in their final match of the Six Nations.