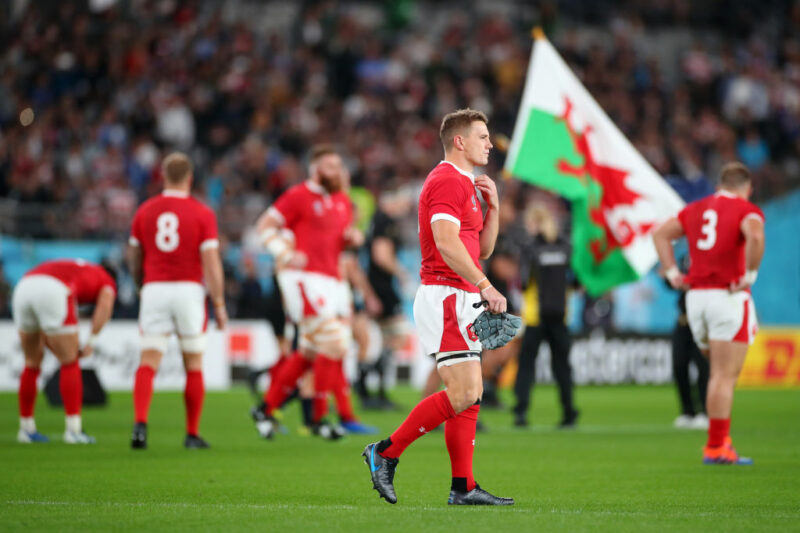 Scarlets centre Jonathan Davies will miss the Six Nations for Wales, facing a long spell on the sidelines with teammate Rhys Patchell.

The Wales vice-captain is set to be out for six months as he requires surgery on a knee injury sustained in the World Cup.

Fly-half Patchell is touch-and-go for the beginning of the Six Nations, as he is due to go under the knife to correct a shoulder problem picked up against New Zealand in the third-place play-off.

His recovery time is estimated to be between 12 and 16 weeks, meaning a best-case scenario would see him return to training the week prior to Wales’ opener against Italy on February 1.

The confirmation from the Welsh Rugby Union puts a dampener on the bright start made by Scarlets to the PRO14 season under new head coach Brad Mooar.

Their 20-17 win over Benetton at Parc y Scarlets on Saturday was their fifth win through six rounds of the league.

While concerns over the Wales backline deepen following Gareth Anscombe’s serious knee injury which caused him to miss the World Cup, with Patchell impressing as a Plan B to Dan Biggar.

Full-back Liam Williams could also be an absentee for a portion of the competition, after he underwent surgery for an ankle injury last month.

It means new Wales head coach Wayne Pivac may be forced to experiment more with his squad as he makes his bow as the successor to Warren Gatland.