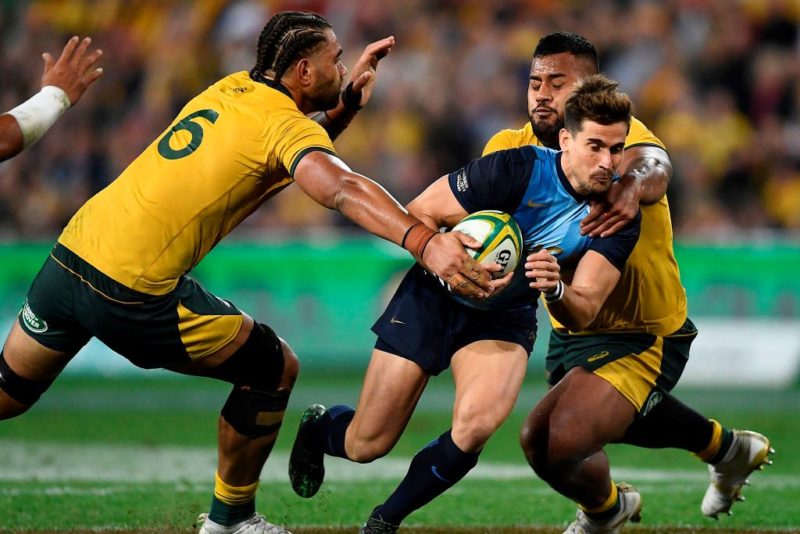 The Premiership could be ready for an influx of more Argentina internationals after clubs were put on alert to the availability of Los Pumas stars Joaquin Diaz Bonilla and Enrique Pieretto.

TRP understands the Jaguares duo are open to moving to Europe having played their part in the Argentinian side’s successful Super Rugby campaign which saw them reach the final.

Diaz Bonilla has established himself as the senior man within the Jaguares fly-half stocks following the departure of Nicolas Sanchez to the Top 14.

The 30-year-old had a hand in setting up eight tries for his teammates in Super Rugby this year on the way to slotting 75 per cent of his kicks from the tee.

Currently with the Pumas for the Rugby Championship, Diaz Bonilla is attracting interest from the Premiership and the Top 14 as the World Cup cycle nears its conclusion in Japan.

Highly-rated tighthead prop Pieretto is also on the radar of multiple clubs and is seeking a move to the Premiership after seeing his opportunities with the Pumas limited despite a rousing start to his international career.

The 24-year-old won 23 caps for his country under the reign of former head coach Daniel Hourcade, but is yet to make an appearance under Mario Ledesma since he assumed the role in 2018.

Despite being in Ledesma’s Rugby Championship and World Cup plans, Pieretto could be set to join fellow props Juan Figallo and Santiago Botta in playing his club rugby in England.

A source said: “The Jaguares possessed one of the strongest front rows in Super Rugby this season.

“We’ve seen Juan Figallo become one of the Premiership’s most respected scrummagers and Enrique feels now is the time to show his own capabilities.”