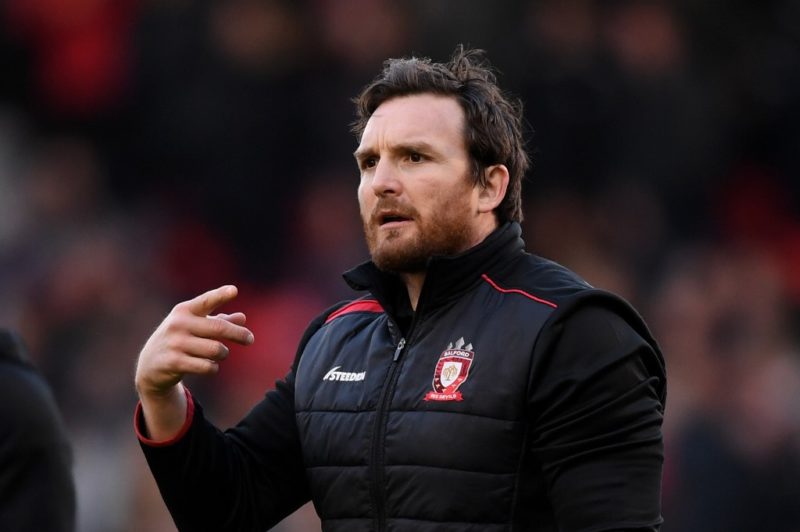 Wasps have got in with Harlequins act by recruiting rugby league coach Martin Gleeson as assistant attack coach.

The former Warrington Wolves and St Helens star joins Sean Long in switching codes to further their coaching ability in Union, as revealed in TRP on Sunday.

After five seasons developing the attacking instincts of Salford Red Devils, Gleeson will now support Wasps backs coach Lee Blackett and have wider input with the rest of the team as of next season.

Wasps director of rugby Young said: “We have operated with a smaller coaching team than most Premiership clubs for a while now.

“The plan was always to bolster it and I’m pleased to have found Martin, who is an exciting young coach.

“I believe he can really add to what we are trying to build here at Wasps.

“Martin has forged a very strong reputation as a quality coach within Rugby League, having made a big impact with Salford.

“Our attack has been a strong part of our game and we have been one of the top try-scoring teams in the Premiership for a number of seasons. Lee has done a great job for us, but I now feel that attack is more than a one-man job.

“We took a step back last season from where we would have liked to have been. Between the two of them, I believe they will complement each other and get our attack back to where we want it to be.”

Excited to be working under Dai Young, the 39-year-old said he felt his desire to coach in the Premiership had been suitably answered by Wasps.

Gleeson added: “I’m thrilled to be making the move to Rugby Union and to be joining a team of Wasps’ calibre.

“I’ve had a fantastic time with Salford, but I feel now is the right time for a new challenge.

“Premiership Rugby is one of the most competitive leagues in Rugby Union so this is certainly a challenge I’m relishing, and I can’t wait to meet the team.”