Posted on 24th May 2019 by admin in Club Rugby, Latest News, Premiership 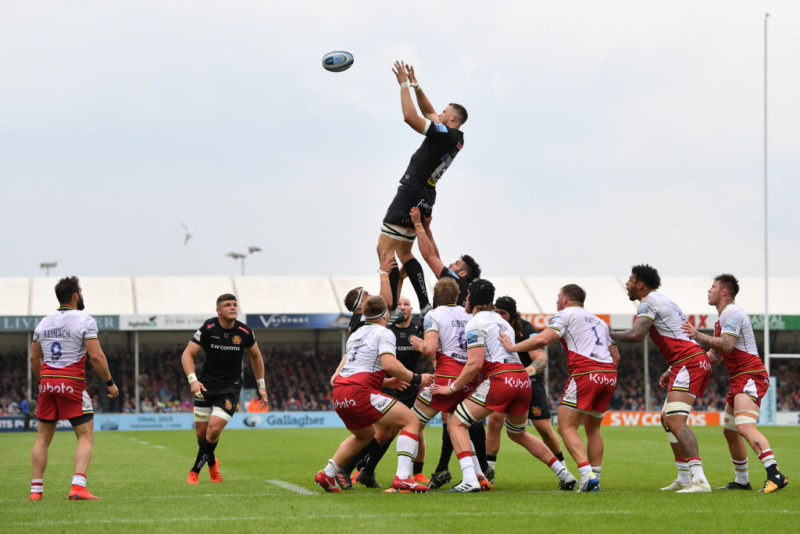 Jamie Gibson has been left out the starting XV for Northampton’s away semi-final versus Exeter Chiefs, a day after penning a new deal with the Midlands club.

Saints are aiming to lift the Premiership trophy for the first time since 2014 and are now just 160 minutes away from doing so.

Gibson’s exclusion is one of four changes Chris Boyd has made following last week’s defeat, suffered to the same opposition (40-21), also at Sandy Park.

He will be joined on the bench by the experienced ex-England player Tom Wood, one of the three remaining men who experienced their triumph five years back. If you think experience can see Northampton over the line head over to Sportsbetting24.ca for the latest odds.

The other three Saints changes also come among the pack: Francois van Wyk, James Fish, and Ehren Painter all come into a new look front row.

Painter is playing his first match in four months after recovering from a calf injury.

The Saints will be captained by Teimana Harrison, leading the charge to Twickenham in the absence of regular captain Dylan Hartley, who has not featured since the tail-end of last year.

Exeter boss Rob Baxter said his team will not rest on their laurels, paying respect to the quality Northampton possess.

“For all of us, it’s an exciting week. Watching the lads train, the effort they are putting in, the focus they’ve got, it looks as good as any other pre semi-final training week that we’ve had.

“I look out there and I see we have a good group of fit players, probably our biggest compliment to choose from all season, and there is a real hunger about us.”