Posted on 21st May 2019 by Adam Ellis in Club Rugby, Latest News, Premiership 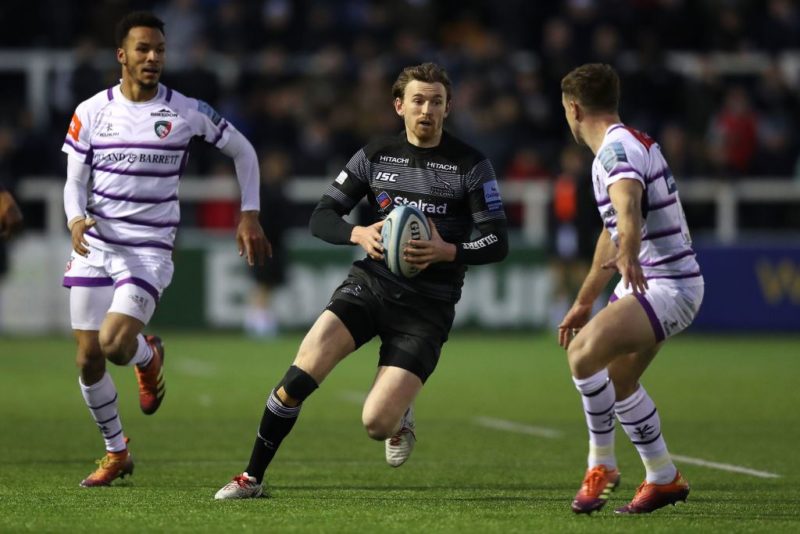 Simon Hammersley will continue to play Premiership rugby next season after signing for Sale Sharks from Newcastle.

The full-back will join a plethora of South African imports at the AJ Bell Stadium, adding his line-break ability to Steve Diamond’s plans after finishing second in the Premiership’s metres gained charts.

As revealed by The Rugby Paper last Sunday, Hammersley and centre Chris Harris will exit Newcastle Falcons this summer.

And as his teammate Harris heads to Gloucester, Hammersley shared his excitement to get going with Sale.

“I’m hugely excited for the next chapter of my career,” the 26-year-old said. “Sale are a brilliant, ambitious side and play a great style of rugby. I’m really looking forward to getting started in the summer.”

That season stood him in good stead to perform strongly even as the Falcons fell to relegation, producing more line breaks and beating more defenders than any other full-back.

Sale director of rugby Diamond told the club’s website: “Simon has been an outstanding performer for Newcastle over the last couple of years, in particular against Sale. So when the opportunity arose to sign him we acted swiftly.

“He adds excellent depth to our backline and will be challenging for the number 15 shirt next season.”