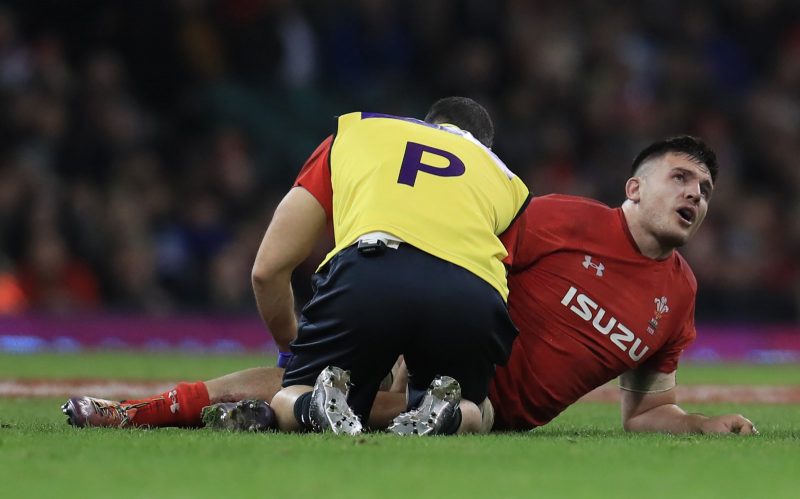 Cardiff Blues have released a statement revealing the severity of the injury sustained by captain Ellis Jenkins on international duty.

The flanker was carted off the pitch at the Principality Stadium during Wales’ concluding autumn Test against South Africa, and the PRO14 club have confirmed the 25-year-old suffered a ‘significant’ knee injury.

Blues medical staff have been working with the team at the WRU to decide the level of surgery required to keep Jenkins World Cup dream alive.

Jenkins has skippered Wales twice in 2018 to establish himself as one of the emerging leaders in Warren Gatland’s plans for next year’s World Cup.

And the forward maintained he was not giving up hope of being on the plane to Japan.

“We all know what is happening at the end of the season,” said Jenkins.

“That is still my goal at the moment unless someone tells me otherwise. I want to be back playing as quickly and playing well as soon as possible.

“I have had a scan and have to go and see a specialist next week and we will go from there.

“I’ve been trying to keep my knee moving and get the swelling down.”

Jenkins had been the standout performer for Wales in their 20-11 victory over the Springboks, receiving the man of the match award despite exiting the match on the final play.

“It would be nice if the game had finished 30 seconds earlier,” said Jenkins.

“My foot has just got stuck and there are two big boys who have tried to clean me out. It is just one of those things.”