Posted on 3rd May 2018 by admin in Club Rugby, Guinness PRO14 League 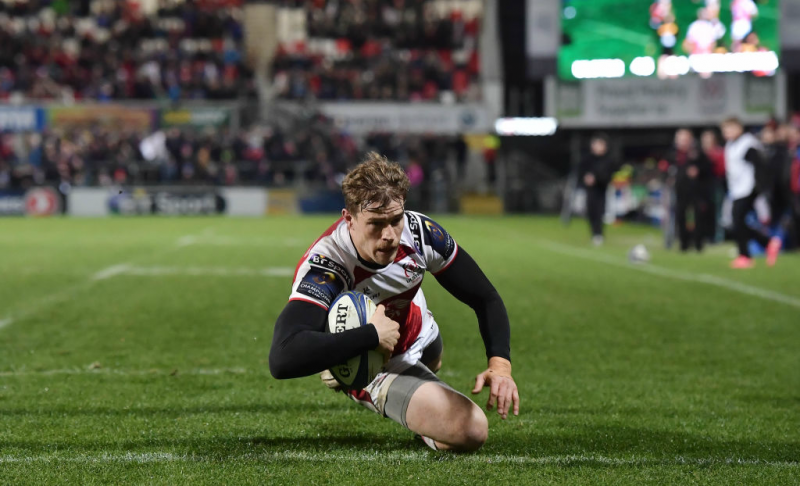 Ulster and Ireland wing Andrew Trimble has announced his retirement from professional rugby at the age of 33.

Trimble made his Ulster debut in 2005 and earned the first of 70 Ireland caps later that year against Australia.

The wing is Ulster’s most capped player after 229 appearances for his native province while he was the Irish Rugby Writers’ player of the year in 2014.

In an open letter, Trimble said he had “realised not one but two of my dreams by playing for Ulster and Ireland”

“These have been some of the most fulfilling days of my life and I feel nothing but gratitude for them,” added Trimble, who starred in Ireland’s Six Nations Championship triumph in 2014.

“I want to thank Ulster Rugby for allowing me the time and space to think things through before making what is probably the toughest decision that any professional sportsman will make.”

Ulster Rugby’s chief executive Shane Logan paid tribute to Trimble’s “wonderful service” while the province’s operations director Bryn Cunningham described the Coleraine man as a “class act both on and off the pitch”.

“He has been a great ambassador for Ulster Rugby, having done much to promote our work in the community and to inspire future generations of rugby players from across the nine counties,” added Cunningham, who played alongside Trimble during the early part of the wing’s Ulster career.

Trimble scored 17 tries for Ireland and his international career included appearances at the World Cup in 2007 and 2011.

After his standout 2014 Six Nations campaign, Trimble looked to be at his peak as the 2015 World Cup approached but injury saw him missing out on the tournament in England.