Barnes column: Rory Teague’s rise just goes on and on in France 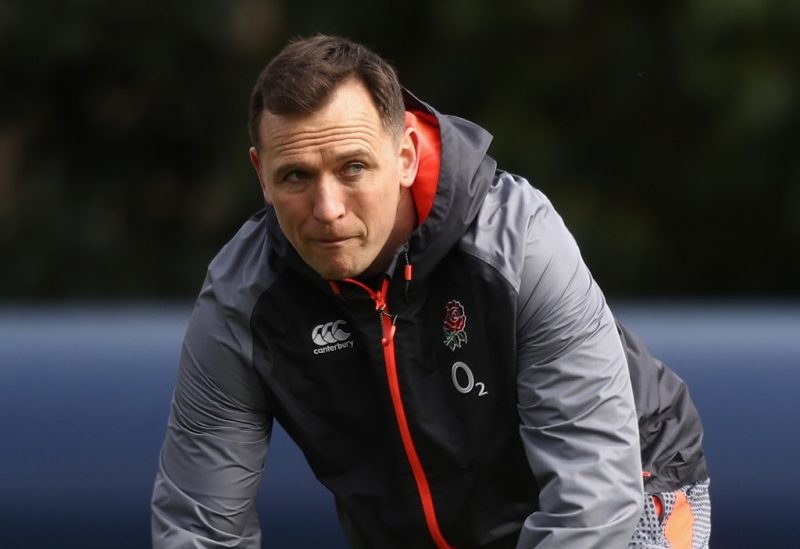 Rory Teague is brandishing a torch abroad as the only English head coach in the Top 14, a status he has won at the tenderfoot age of 32. Teague got off to a flying managerial debut for Bordeaux-Begles yesterday with a 19-10 win over Lyon with new France boss Jacques Brunel, whom he has replaced, sitting in the stand.

It wasn’t the most electrifying game, but no matter. For Teague, appointed until the end of the season before a permanent decision is made on his future, it was significant as a symbol.

He grew up in a family proud of cousin Mike Teague’s glorious career as an England flanker and British Lion.

Now he is carving out a meaningful name for himself after a spell coaching Harrow schoolboys launched him towards a lightning ascent which took him briefly into the England set-up.

His only previous contact with French rugby involved a modest, lower-division journey as an itinerant fly-half.

Bordeaux president Laurent Marti, who describes his encounter with Teague as “love at first sight”, promoted him above more experienced Brits Jeremy Davidson and Joe Worsley.

No doubt Teague will be thrilled to have in his care 19-year-old fly-half Matthieu Jalibert, who will surely be a regular international with Brunel before long.

Not only did the brilliant Jalibert kick 14 points during a supreme display, he engineered the move that allowed Marco Tauleigne to score the Bordeaux try.

Just a shame his boot for touch to seal victory beyond the end of normal time should have squirted away for Lyon full-back Jean-Marcellin Buttin to go over himself.

Brunel, in the meantime, will be meeting a host of Top 14 bosses at the France HQ of Marcousis tomorrow in what Federation chief Bernard Laporte calls a “cultural revolution”.

Laporte wants the best Top 14 coaching brains at the service of the national team, turning up when they can before and during major international matches.

Hard to see how this maelstrom of egos will be of any meaningful account. Especially since they all outrank the Six Nations staff of Sebastien Bruno and Julien Bonnaire (forwards) and Jean-Baptiste Elissalde (backs) who are working most closely with Brunel.

Whether Teague will join this elite talk-in is another matter. He probably has more on his plate for now. Same as Montpellier boss Vern Cotter who says he is too busy preparing for a European tie against Exeter to spare the time.

Toulon supremo Fabien Galthie, passed over several times in his quest to manage France, has shown no great enthusiasm to shore up someone else in the job. Even less now perhaps after his expensively-assembled outfit lost their seventh away game out of eight, at Brive.

Toulon led 12-6 until the last minute when Brive winger Benjamin Lapeyre scored the try on a barely playable pitch that left the opposition with a mere defensive bonus.

Difficult to envisage Gathie’s paymaster, Mourad Boudjellal, banned for two months from his own touchline and dressing room for once again criticising referees, wanting to see Galthie away from work before European combat beckons.

Teague is not the only English coach making an impact on the Top 14. Another is Joe El Abd, the one-time Bristol flanker who helped Oyonnax into the elite and is now playing a major role with Castres.

A team which had won seven games in a row to hoist themselves into third place. So should a beating at relegation-threatened Agen be seen as a surprise?

Perhaps not. Agen, who had beaten Brive before losing heavily to La Rochelle with a weakened team, brought their best players back for a  30-3 win over Castres, who made eight changes in view of their imminent Euro clash with Leicester.

Teague says it is his ambition to make his Bordeaux as competitive away as at home, an idea that will clearly take some detaching from the drawing board.