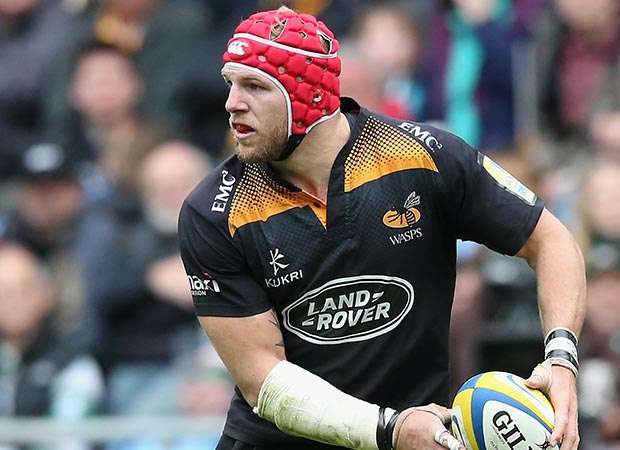 Great Britain’s campaign to become the first team to win Sevens gold at the Rio Olympics is in such dire straits that England head coach Eddie Jones got a laugh this week by poking fun at the selection policy.
Jones took time off from dissecting England’s Grand Slam success to suggest flanker James Haskell was tailor-made for the beaches of Copacabana.
“I tell you who would do really well in Rio,” Jones said. “Haskell. Imagine him in Rio, he would be the life of the party. Fantastic. I have a meeting with the Sevens coach and I might suggest that.”
Behind the fun of imagining muscleman Haskell flexing his guns in front of admiring bikini babes, is the deadly serious situation that, despite having one of the best funded Sevens programs in the world, GB’s biggest constituent part, England, are currently languishing at seventh in the World Series standings, with Scotland 11th and Wales 12th.
To add to the gloom two of the key players in the England side that last year secured qualification for Rio on behalf of team GB, captain Tom Mitchell and play-maker Dan Bibby, have been struggling with injury. To make matters worse, while other Sevens sides have been boosted by star signings – with Sonny Bill Williams on the NZ roster, Bryan Habana on South Africa’s, and Nick ‘Honey Badger’ Cummins and Quade Cooper recruited by Australia – there are no signs of the cavalry coming to help team GB.
They have yet to announce a single big name signing from the fifteens game in England, Wales or Scotland. The pre-Olympic mismanagement of team GB appeared to peak last week, when, in an attempt to bury bad news amid England’s Grand Slam hype, it was announced that Joe Lydon, the RFU’s head of international player development, had resigned.
Lydon had the lead role in formulating and planning the team GB strategy for Rio, and the fact that four months before the Olympics he has headed for the exit tells us all we need to know about our team’s preparations. 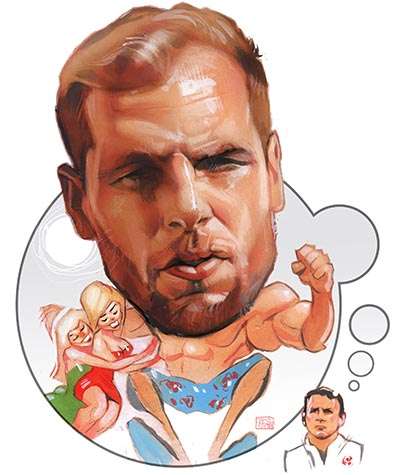 Just as England were unwilling signatories to the first 15-a-side World Cup in 1987, the RFU’s attitude to the inaugural Olympic Sevens appears to be pickled in aspic. Where other nations like Fiji, South Africa, USA, New Zealand and Australia are revving-up to go for gold in Rio in August, team GB appear to be up the creek without a paddle.
This week Lydon’s line-boss, the RFU’s chief executive Ian Ritchie, belatedly made a bid to invigorate the flagging GB campaign by asking Eddie Jones to have a chat to the beleaguered GB/England Sevens coach, Simon Amor.
Whether Jones mentions Haskell or not, the problem is that the availability of an elite cross-over pool of GB players from fifteens to Sevens should have been addressed two years ago – and the RFU, and the Home Unions, have failed abjectly to do so.
From an English perspective a significant part of the inertia stems from there being no clear arrangement between the RFU and the clubs for a pathway between fifteens and Sevens. The club-country deal negotiated in 2007, with the current RFU operations director, Rob Andrew, one of its main architects, failed to address the issue.
This was a major oversight given that the England Sevens side made their first big breakthrough under Mike Friday, who coached them from 2004-06, and who had previously given the side impetus as assistant coach to Lydon.
During Friday’s tenure England were arguably the best team in the world.
A key part of that success was Friday negotiating player release with the Premiership clubs, and a successful template seemed to have been established with the Sevens programme producing 49 players in five years who went on to play full international rugby – Haskell among them.
However, on Andrew’s watch that strategy was replaced by one which saw the RFU employ full-time Sevens specialists on central contracts. The straight-jacketed pursuit of this policy got the buy-in of Lydon after he was appointed to his RFU player development role in May 2013.
Last summer a GB Sevens board was appointed which, as well as installing Lydon as GB Sevens performance manager, saw Richie and Andrew take boardroom seats.
Friday, whose recent application to be the England Sevens coach was blocked, is now heading the USA’s Olympic Sevens challenge. However, he vented his frustration in The Rugby Paper last week by making a scathing attack on the Home Unions, and the Premiership and Pro12, for failing to give team GB a chance.
Friday also offered a solution which even at this late hour he believes could work. He argues that it is incumbent on Richie and his Welsh and Scottish counterparts, Gareth Davies and Mark Dodson, to negotiate with the Premiership and Pro12 clubs to release one player each to the GB Sevens squad at the end of the regular season.
This would give speedsters like Christian Wade (Wasps), Charlie Walker (Harlequins), Tom Varndell (Bristol) and new Ospreys sensation, Sam Underhill, a chance to pursue the Olympic dream.
Friday has secured the release for the duration of the Olympics of Nate Ebner, an American Football safety with the New England Patriots.
Ebner was part of the Patriots side that won the 2014 Superbowl. Friday says: “He’s physically phenomenal – he’s the most powerful man in the squad, and one of the fastest.”
Team GB, meanwhile, are stuck in first gear.