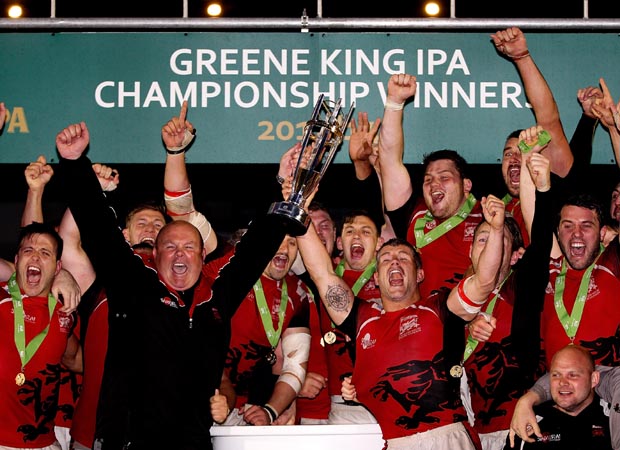 The Premiership is a stacked deck. So stacked that the most slippery of card sharps would consider it a masterpiece of rigging the odds, rather than a model of how to conduct an elite league with fairness and transparency.
There is a growing body of evidence that the vast majority of clubs which win promotion from the Championship are unlikely to do anything other than go straight back down given funding inequalities that leave them at a huge disadvantage against the Premiership cartel ranged against them.
The Rugby Paper understands that London Welsh, who have been promoted, relegated, and promoted again over the last three years, are the victims of a shocking gap in funding which this season sees the club get barely 30 per cent of the money their Premiership rivals receive. Where the Exiles will get less than £1.5m from PRL over the course of this season, every other established Premiership club which will receive between £3 and £4m, and a quarter of them will get over £4m.
I will admit freely that tipping London Welsh to finish in 11th place rather than last in our pre-season Premiership guide now appears like wishful thinking given their horror start to the season. That decision was taken with prior knowledge that the Welsh would again be handicapped not only on the financial front, but also in terms of pre-season
conditioning work to get their hastily assembled squad match-fit for the top league.
Lack of conditioning has cost the Welsh Exiles dearly, with most of the big scores rattled-up against them coming in the final quarter when they have fallen off the pace through fatigue. However, any shortfall in fitness pales into insignificance compared to the way their income as a newly-promoted club has been slashed.
It beggars belief that last season’s relegated side, Worcester, drop down to the Championship with a parachute payment of nearly £2.5m more than the Welsh get on their return to the elite league. 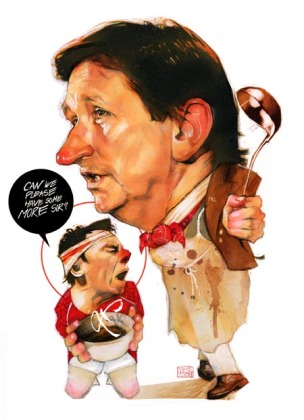 While it is legitimate for a relegated side like Worcester to get a healthy enough parachute payment to ensure that they are in a position to retain the core of their squad, the idea that they get over double the funds available to a promoted club like Welsh reflects a totally unjust distribution of resources.
However, the biggest bombshell of the lot concerns Bristol, the club London Welsh beat in the Championship play-off to win promotion last season. Bristol not only remain on the PRL payroll six years after being relegated, they will also get £1m more in Premiership funds this season than the side that beat them.
This is believed to be due to Bristol’s dividend from the ‘P’ Shares they acquired as one of the participating clubs when the Premiership was first formed.
The handicap system operated by PRL towards promoted clubs like London Welsh contrasts starkly with the policy adopted by the French Top 14, where all clubs receive the same amount from their administrative arm, the LNR. In football, equal funding for promoted clubs is also an enshrined principle in most leagues.
What makes PRL’s manipulation of funding particularly difficult to accept is that part of their campaign to replace the Heineken Cup with the European Champions Cup was the desire to create a more level playing field. This included pushing for more equal distribution of funds between the teams from the Pro12 – which enjoyed favoured status – and those in the Premiership and Top14. Yet now, with their own domestic policy, PRL are denying promoted clubs a fair chance.
As one London Welsh supporter told me: “How can we expect to compete when Wasps – who have had 14 years to get their professional model together – are losing £3m every season, but then get £2m more than we do.”
One Championship source told me this week that he expected London Welsh to mount a legal challenge to PRL and the RFU for breaking competition law with their slanted funding policy.
“The Welsh say that they were on the back foot in only being able to recruit fully after the Championship play-off final was over in early June, giving them inadequate preparation time for the Premiership. As for the gap in funding, they believe that it flaunts European competition law, and if they don’t get a satisfactory response from PRL and the RFU they will resort to legal action even though it will cost a fortune.”
With PRL/RFU having already lost one court case to London Welsh after trying to block their promotion on minimum ground standards two years ago, another defeat would discredit them further.
It would also leave their claim that they are running the best club league in the world open to ridicule.
*This article was first published in The Rugby Paper on October 19.