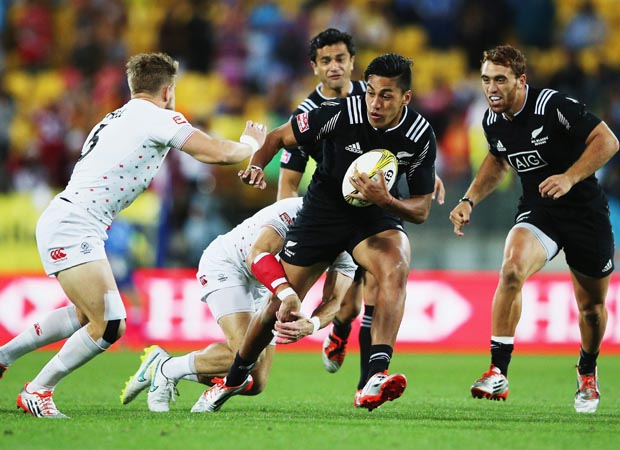 With the first round of games about to start in the world’s pre-eminent annual rugby competition, this could be one of the biggest years in English rugby history.
Although the World Cup (closely followed by the Lions) may be the biggest event in the world of rugby, it is the Six Nations and the Rugby Championship that are annually the drivers of the game.
The entertainment, passion, excitement and money that these competitions create are the driving force of the game worldwide, which is why they would seem to be of the greatest importance to World Rugby (formally the IRB).
With nine out of the ten countries in these competitions occupying the top nine positions in the world rankings and the fact they hold a virtual cartel within the World Rugby organisation, they should have a responsibility to promote and aid the development of the myriad of countries trying to build a sustainable game.
All the hype about RWC can sometimes distract attention from what, dare I say, is the bigger picture, particularly when it comes to legacy.
Admittedly, when the RFU speak of legacy, it is purely aimed at the game in England, but the reality is that post every World Cup a potential legacy is created for all the countries that play rugby and it is down to World Rugby to provide the wherewithal to help them capitalise on that raised interest.
World Rugby also has a duty to help the minnows of the game with best-practice information in the development of their fledgling Unions, failing to do so could be a big mistake.
As we all know, 2015 may be a big year for the game, but 2016 could be a game changer, literally, as Sevens is included in the Rio Olympics.
Inclusion on a one-time basis would not provide the boost in government financial support that World Rugby are hoping inclusion will bring, so they desperately need the game to be successfully played outside its traditional heartlands.
Although around 120 countries are listed as playing by World Rugby there are many more that come under their umbrella through regional associations and these are among the most vulnerable federations in the game.
One such federation is Qatar’s. They are currently edging closer to oblivion and struggling to organise matches because they can’t get a match official. Even so, they have an invitation to join the Asian Five Nations and another to take part in an Olympic qualifying competition – but they may not be able to take up either offer because of the position they are now in.
As a last resort, they have petitioned World Rugby to act on their behalf and approach the relevant authorities within the country who can aid rugby development and, hopefully, enable the Qatar Rugby Federation to field a team in 2016 which may, as a consequence, help cement rugby’s place in future Olympics but so far there has been no reply.
Qatar is not the only minnow looking for help; Kazakhstan (ranked 39th) is another country that needs assistance on the road of development to reach their full potential.
They are desperate to play against any of the established rugby nations and have approached World Rugby and the RFU with requests for a fixture. I know this for certain because I was the person asked to pass on the request to the RFU.
Ambitious, some might say, but they were not asking for a game against the full England side or even the Saxons, the team they wanted was the England Counties XV, the England team made up of amateur players. That was five years ago and so far nothing has happened and that is a missed opportunity for all concerned.
As a country that borders both Europe and Asia, Kazakhstan is almost a gift for World Rugby as they try to expand the game into the Asian continent.
Despite the long association of Hong Kong (27th) with rugby, China (63rd) has never really taken the game to heart.
With the two most populous continents on earth, China 63rd and India 69th ranked outside the top 50, it is beholden on World Rugby to do whatever is in their power to develop the 15-a-side game in that region.
If they fail to take the opportunities that present themselves and Rugby proves a success in Rio, it is highly likely that the majority of government funding in Asia, Africa and the Americas will be used to fund the development of Sevens in the quest of Olympic success. The reason why they would choose Sevens is the same as the reason Sevens were chosen for Olympic inclusion. It is far easier to find players to play Sevens and it can be played by nations that do not have the same physical stature as Europeans.
The impact on the 15s game (were that to happen) could be catastrophic, reducing the appeal of not just RWC but also the Six Nations and the Rugby Championship.
As we prepare for our next adrenaline filled instalment from the Six Nations and look forward to September’s World Cup, it is worth remembering that Asia, India and Africa are the continents that will in future dominate the market for entertainment – a lesson that football has taken on board.
If rugby wants to safeguard its future as a world sport, World Rugby must do much, much more to help the 15s game develop in those continents now.
*This article was first published in The Rugby Paper on February 8.