Posted on 18th November 2020 by admin in Latest News, Premiership 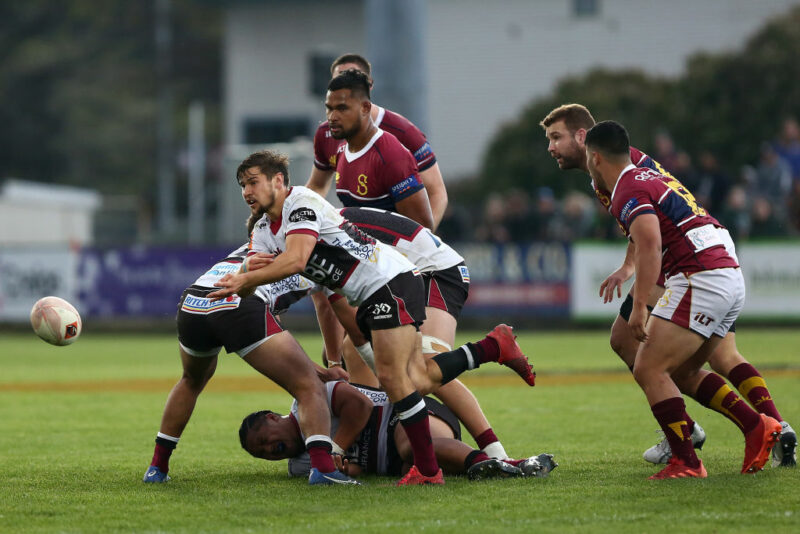 A member of the Auckland Blues’ wider training squad in recent times, training alongside Harlequins and England centre Joe Marchant, the promising young halfback first impressed whilst playing for Orewa College just outside of Auckland, going on to represent the New Zealand Schools Barbarians in 2015 and subsequently earning selection in the New Zealand U20s wider training squad.

After finishing school, Gjaltema played for East Coast Bays and in 2018 was voted North Harbour’s Premier Club Player Of The Year, he would later go on to captain the team.

Commenting ahead of his South West London arrival in the New Year, Gjaltema said: “I’m really excited to join the Club, meet a bunch of new teammates and get involved in what sounds like a good team and be part of something pretty cool.

“Coming over to Harlequins is a new challenge and a new opportunity, and I can’t wait to get over there. I had a Zoom call with Paul Gustard and he laid out Harlequins’ values, what they are trying to achieve and what they are about. To me, that just aligned perfectly with what I believe in and what I am excited to be a part of. So, when he sold me on that I couldn’t say no to coming. I’m looking forward to it.

“There’s a really good crop of halfbacks at Harlequins right now with Danny [Care], Martin [Landajo] and Scott [Steele], so I think there’s an opportunity for me to learn off those guys, challenge them and just be part of making this club something really great.”

Commenting on Gjaltema’s impending arrival, head of rugby Paul Gustard said: “We have been watching Lewis in the Mitre 10 Cup for a while, where he’s had many impressive performances. We signed Lewis some months ago and we are looking forward to seeing him link up with the squad over the next couple of months.

“We’ve received excellent feedback on Lewis’s character and dedication to the game from the likes of Blues head coach Leon Macdonald and our own Joe Marchant, who spent time with Lewis within the Auckland Blues training squad.

“Lewis is a hard-working, English-qualified nine with a strong core skill set and has a demanding way about him with the forwards. I think our fans will be looking forward to seeing him supplement the experience and challenge our talented group of scrum-halves already in place for a matchday spot.”