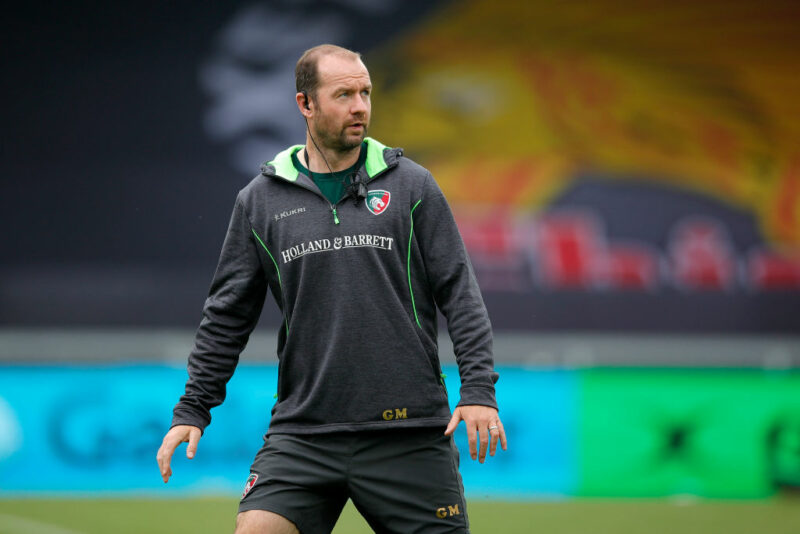 Geordan Murphy has left Leicester Tigers with immediate effect, as the departures of notable figures at Welford Road grows ahead of the new Premiership season.

As revealed by The Rugby Paper last week, Murphy had a three-month notice period within his contract at Tigers and had not been approached by the club to hold extension talks as his existing deal entered its final year.

The Irishman has now left Leicester, the club announced on Friday to end a 23-year association that has spanned a playing and coaching career. He follows non-executive director Rory Underwood and coaches Boris Stankovich and Rob Taylor in leaving in recent weeks.

In a season of despair for Leicester, they were only saved from relegation by Saracens’ monster 105-point deduction given for breaching the league’s salary cap.

A statement released by the club read: “Leicester Tigers have today announced the departure of Geordan Murphy from his role as Director of Rugby at the club.

“After discussions with Murphy about his current contract, which was due to end at the conclusion of the 2020/21 season, it was decided that it would not be renewed and, by mutual consent, it was agreed that Murphy would leave the club with immediate effect.”

Murphy claimed eight Premiership and two European titles as a player, captaining Tigers through four seasons before retiring in 2013. But his fortunes as a coach have been offset by a series of coaching sackings that preceded his rise to head coach and a severe lack of consistency in form.

Had Premiership Rugby only handed Saracens their initial 35-point deduction, they would have survived relegation by three points at the expense of Leicester.

The club have drafted in former England forwards coach Steve Borthwick to head up first-team duties, as the new hope for the club’s revival having also moved on from long-term chief executive Simon Cohen in May of this year.

In departing the club he has spent more than two decades dedicated to, Murphy thanked his family and the supporters for their support during his time at Welford Road.

“First, I want to thank my wife Aneka and my two boys, and our new addition on the way, for everything they have done for me and how they have continued to make me a better player, coach and person.

“As well as my family here in Leicester, and all of our friends, I want to thank my family and friends in Ireland for their support throughout my career at Tigers as a player and coach in the good and bad times.

“I have spent 23 great years at Leicester Tigers and forged great friendships with people throughout that entire period.

“I’m most proud of the respect I earned from my team-mates and colleagues, and I’m grateful to all of them for how they have helped me, supported me and shared in my time at this club.

“Winning has been the easy part. It is when things are not going well, when you are losing and having to get back up every day and put on a brave face, that you know who your friends are and, to all of those who supported me through those times, those are the friends I will have for life.

“I wish the club the very best for the future on and off the pitch, and say thank you to the supporters who have been a part of my life for more than 20 years.”

Leicester have confirmed that, like Wasps with Lee Blackett, they will not be hiring a director of rugby and that the head coach will be the senior position.

“I want to express, on behalf of everybody at Leicester Tigers, my sincere gratitude to Geordan for all that he has done for our club for more than two decades,” said chairman Peter Tom.

“His contribution of more than 23 years is unrivalled in the professional era and all of us had the privilege of watching Geordan play for Leicester Tigers before being afforded another privilege in working alongside such a passionate club man.

“I wish Geordan, his wife Aneka and their children all the best for what comes next and I know, when we are able to safely do so, we will afford him the proper send-off he deserves in front of all of our supporters at Welford Road.

“This decision, while difficult, was made to ensure we are as effective and successful an organisation as we can be at Leicester Tigers.

“Steve Borthwick understands the expectations of him, his coaching team and the playing group at Leicester Tigers on the pitch.

“We are determined to see this club back at the top, where supporters expect us to be, competing for trophies and are fully behind the players, coaches and staff on this journey.”

Borthwick and the first team for preparing for the new season which begins at home against Gloucester on November 21.