Home / Club Rugby / I made the right decision for me, says ex-Harlequins wing Gabriel Ibitoye

I made the right decision for me, says ex-Harlequins wing Gabriel Ibitoye 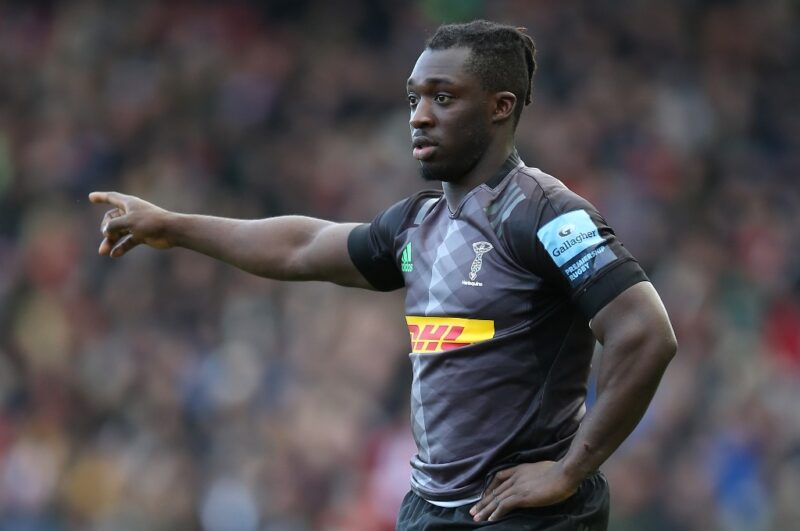 GABY IBITOYE raised more than a few eyebrows in the summer when he signed a two-year deal to swap Harlequins for Top 14 side, Agen, with suggestions he was gambling on his international future.

Ibitoye, 22, however, is level headed enough to know that he is in a queue of wingers behind the likes of the Jack Nowell, Jonny May, Anthony Watson, Ollie Thorley and his former Quins team-mate Nathan Earle for England caps.

And he believes a two-year stint in the Top 14 will improve his game rapidly enough to accelerate his progression into the international ranks when he does come back to the Premiership.

“Everyone had an opinion when I left, but I’m not too fussed about what other people think,” Ibitoye told The Rugby Paper. “Thanks to my agents, I think I made the right decision for me. It was an opportunity to play in one of the best league’s in the world.

“I’m a young player still developing, so I thought I’d make the most of it. I’ve always wanted to play abroad, so why not now?

“It doesn’t matter if I was playing here, England or New Zealand, Eddie Jones watches a lot of games, so he will know if I’m playing well or not.

“I’ll just have to keep performing whether I’m here or in the Premiership. England are blessed with some great players and there are parts of my game that I need to work on to reach that level.

“I need to play with consistency, doing the simple things well over and over again. I want to be a threat whenever I’m on the ball, to challenge defences and not play conservatively.

“Being in France will open my eyes and I’ll be able to collect information. Being young, I haven’t been playing top-level rugby for long – last season was the first time I’d had a consistent run out in top-level rugby.

“This is my second proper season playing regularly so I’m going to develop wherever I am, but because this is a different environment it will impact on the rate I develop.”

Living away from home for the first time, Ibitoye is happy leaving behind Richmond and Twickenham, with a population 187,000, for Agen – a town of just 34,000 people where the temperature last week was in the mid-20s.

And he is picking up the language almost as quickly as he races away from French defences as he throws himself fully into the new way of life.

“This is the first time I’ve been put out of my comfort zone,” he said. “It’s something completely different to living in London.

“It’s been an easy transition, everyone was very helpful when I moved here. I don’t do much apart from going to training, coming back and chilling and doing the bits that I need to.

“It’s a small town, so it is easy to find my way around. I’m not shying away from things out here, and I’m trying to get in amongst it.

“I did Spanish and German in school, but I’m starting to learn French now – by hearing it every day I’m picking up bits here and there, especially at training when it’s the same things being said.

“Restaurants and shops say all the same things really so I’m picking it up quite quickly, but luckily a lot of the players here speak English so I can understand them.

“I’m doing my best to try and pick it up, the quicker I get up to speed will only help me on the pitch.”

The former England U20 international announced himself on the Top 14 stage in sensational fashion scoring twice on his debut against Castres in September.

But Ibitoye is not getting carried away with his own fast start, instead focusing on improving Agen’s fortunes to get them climbing the Top 14 table after losing five from five since the new season began.

He added: “I scored a couple of tries against Castres and made sure I concentrated for the full 80 minutes trying to stay in the moment, which is one of my things – don’t switch off, especially over here as things can change quickly.

“We are struggling a bit in terms of results, and we’ve been hit with a few injuries, but we have a nice run of games now before we get a week off and hopefully we can get some results from them and move up the table.”