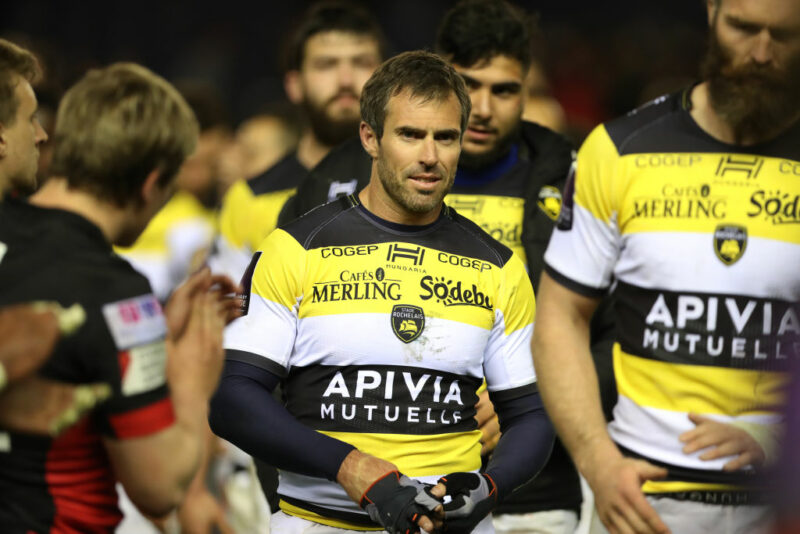 BROCK James spent a decade pulling the strings at fly-half for Clermont Auvergne and now plans on transferring the knowledge he learned in France to south Wales.

The Australian pivot was always destined for a career in coaching given he dominated Clermont’s back-line and took total control of guiding them around the field.

After stints at the back end of his playing days with Bordeaux and La Rochelle, James is now backs coach at the Ospreys with the new PRO14 season on the horizon.

He has come on board with an aim of giving the backs a freedom to express themselves.

“As a player I always liked to be heavily involved tactically,” James told The Rugby Paper. “Sometimes it meant I lost a bit of a feeling with regards to how the game was going and that was something I had to work on, but from a coaching perspective that can only be beneficial.

“I always enjoyed being part of the strategy and development of game plans and how we wanted to go about winning matches.

“We’ve got a lot of talented guys who have different skill sets and I want them to be able to use those. That’s what I want from my back-line. Our goal is to get the Ospreys back to being the top region in Wales.”

James’ first games working with the Ospreys saw them draw with the Dragons after losing Wales wing George North to a red card and then fall to defeat to Cardiff Blues.

The 2020-21 PRO14 campaign is scheduled to begin on October 3 and for the Ospreys the only way is up after a disastrous last 12 months.

“There is probably not any better place to be for my development as a coach,” James said. “There have been some good additions made in recruitment.

“Rhys Webb and Matty Protheroe have come back into the region. Along with the guys who were here last season it’s an interesting prospect because there is a lot of competition for places.

“Coming from France the work ethic of the Welsh boys has really impressed me. There is not much more you can ask for as a coach.”

Ospreys legend Lee Byrne – a former Clermont team-mate of James – has tipped his old friend to finally give the young backs at the Liberty Stadium their wings and James is excited at the talent he has to work with.

“There is a lot of potential in the young guys coming through,” he added. “Owen Watkin, left, has played international rugby and has already stepped up for us,” he added.

“You’ve also got Scott Williams who is a very experienced player. Coming into the set-up you can see the leadership he brings.

“Kieran Williams and Tian Thomas-Wheeler are full of potential as well which opens up a lot of options for us.

“For me it’s about spending a lot of time with the squad and finding the right combinations to put on the field.

“I’ve got every confidence in the younger players in our squad. Some of them got a lot of experience last season which has put us in a good place. Now it’s about making sure we can stamp our style on what we want to do.”

Last season the Ospreys won two league games. James and new head coach Toby Booth know there is a lot of work to do, but things can surely only get better.

“There is still plenty for me to learn so surrounding myself with so many people who have all this experience is exactly what I wanted to do,” said James.