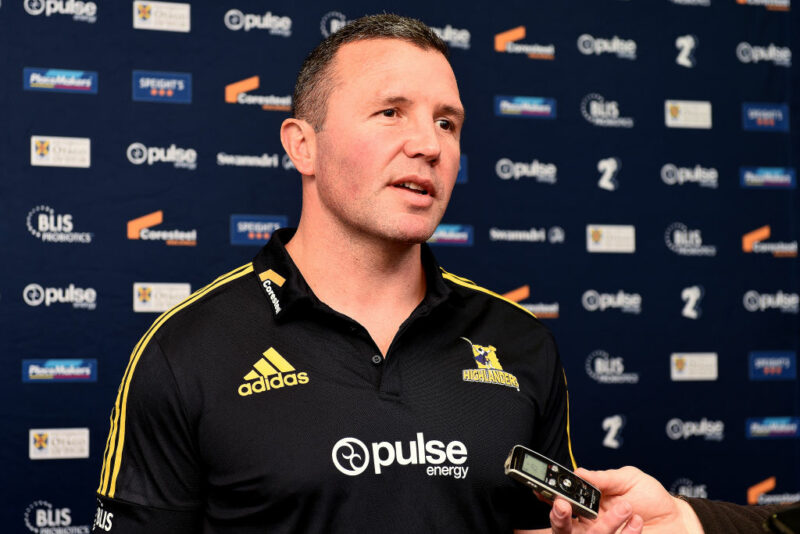 Mauger has spent the last two years on the south island following an acrimonious exit at Leicester Tigers in 2017, when the board appointed Matt O’Connor to replace the Kiwi five games before the end of the Premiership season.

His fortunes at the Highlanders have been similarly mixed; guiding the team to the Super Rugby play-offs in the past two years before 2020 took a turn.

One win in six Super Rugby matches had the Highlanders languishing at the bottom of the New Zealand Conference prior to the pandemic bringing the season to a halt.

The 2015 champions failed to do much better in Super Rugby Aotearoa, despite kicking off the campaign in dramatic fashion with a last-minute Bryn Gatland drop-goal giving the Highlanders an opening victory over the Chiefs.

Losing five of their next seven has proven to be enough for New Zealand Rugby to shake things up in Dunedin, after a fourth-place finish in Super Rugby Aotearoa.

NZR General Manager Professional Rugby & Performance Chris Lendrum said: “On behalf of New Zealand Rugby, I’d like to thank Aaron and his family for the contribution they’ve made to the Highlanders club over the last three seasons.

“The positivity Aaron brings to his coaching, coupled with his commitment and dedication, has added to some very memorable Highlanders performances in recent times.

“He has also been integral in the development of a number of Highlanders players and their progression into the national ranks. Aaron’s work ethic will hold him in great stead as he takes his next step in coaching – we wish him and his family well.”

Mauger commented: “I’ve worked with some top-quality people who are outstanding at what they do and I wish them all the best going forward. Some real progress has been made in critical areas to aid future success and I’m confident the club will benefit from this down the track.

“Experiences come down to the quality of the people you surround yourself with and my experiences with the Highlanders clan and the people of the Deep South have been amazing and, as a family, we will always be grateful for that.

“A big thank you to the supporters and the community, from our ‘Little Landers’ to our ‘Lifetime Landers’, you’re a massive inspiration and you’ve all made it a memorable three years.

“Results are key to proving the quality of the structures you have put in place as a head coach. As our on-field results during my tenure haven’t been at the level we’ve all aspired to, it’s the head coach who must take responsibility for that.”