Stop the nit-picking and depowering of the scrum, Dan Cole warns World Rugby 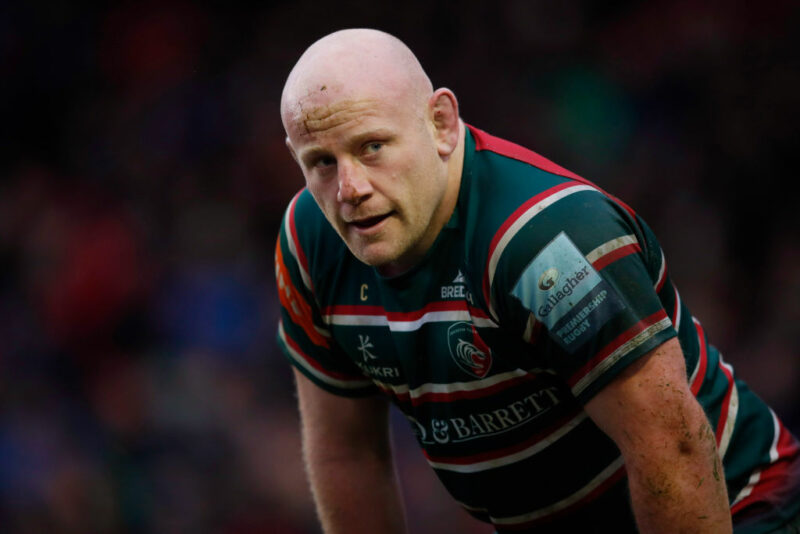 Having been chased around his garden while dressed as an ankylosaurus for the amusement of his kids during lockdown, Dan Cole feared he was also destined to be a dinosaur of the rugby world.

Talk of a depowered scrum and a faster, looser game left the renowned Leicester and England prop wondering where he’d fit into the post-Covid landscape.

“You’re always worried about the scrum being depowered,” he told The Rugby Paper.

“Originally when some of the protocols came out, there was talk of having non-contested scrums and playing touch and stuff. That’s not the game.

“The game of Rugby Union, the unique part of it, is the scrum, and the different variety of bodies and players who can play the game. That’s what makes the game as great as it is.

“I am glad the scrum is here. I haven’t heard anything more about limiting the scrums.”

Cole is no new-age prop. His game is built around shoving bodies and pushing hard, not tipping on try-scoring passes or making scorching line breaks like his England successor, Kyle Sinckler.

One string he does have to his bow, however, is the ability to slow ball down or pilfer it at the breakdown, a skill he hopes to rekindle under the new directives which have taken some of the unfair advantages of the attacker away.

That said, Cole is not convinced the stricter policing of the laws will have the same impact in the Premiership compared to Super Rugby.

“If I can bend over, maybe,” he joked. “In Super Rugby, it’s settled down a bit after week one, when you were basically giving penalties away for touching the ball.

“The Premiership is refereed differently, and we’ll find out where that is.

“Obviously, it follows some of the Super Rugby protocol but at the same time you’ll find in the Premiership there is much more of a contest at the breakdown.”

True to form, Cole very rarely lets his mask of downplaying things slip, but even the straight-talking tighthead admits that wasn’t always the case with PPE in the gym.

He said: “It’s quite hard when you might be squatting, and it (the mask) starts slipping down your face, but it’s alright. It’s one of those where the first time you wear it, it’s a bit different, but after that it becomes part of what you do, and you get used to it.”

The ‘old man’ of Leicester, Cole has seen plenty of changes over his time at Welford Road but surely nothing like this season’s 22 additions to the first-team squad, plus a revamped coaching team headed up by Steve Borthwick under DoR Geordan Murphy.

While keen to play a big part in the new-look Tigers, Cole hopes his one and only Premiership club can rediscover the DNA that once made them the most feared team in the land rather than one staring at the prospect of a second consecutive 11th-place finish.

“The DNA of Leicester is based fundamentally in the hard work and commit- ment we bring, day in, day out,” he said. “It’s reflected in the city, the county and the club as a whole; it is nothing flash, you do the tough things and you enjoy doing them.

“Steve knows the club, has played against the club, and he wants to bring that out for us to be successful again.”

How does Cole explain the fall from grace?

“We’ve probably relied on past glories and thinking pulling on a Leicester shirt means you will instantly become tougher and harder, and playing in front of 24,000 people will make you as good as guys in the past. I think we have found out that isn’t the case.”

Now 33, Cole is reaching the twilight of his career butinsists there are no plans to retire.

“I’ve been an old man for the past 13 years of my life, so I am not bothered. I am just focused on this season and enjoying the changes we’ve had, working with Steve and the other great coaches we’ve got.”