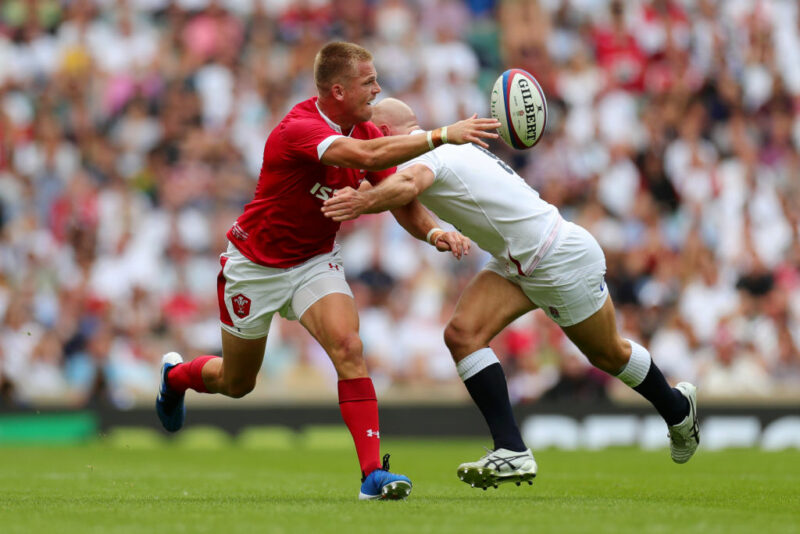 Gareth Anscombe, already out of action for all 15 Wales matches over the last 12 months, is in danger of missing six more this autumn.

A delay in his recovery from a serious knee injury at Twickenham this time last year has left the Ospreys resigned to finishing the truncated remainder of the PRO14 season without him. Nor do they expect the New Zealander to be fit in time for the delayed start of next season’s tournament, provisionally booked for early October.

The ringmaster of last year’s Grand Slam whose seven goals in the clincher against Ireland confirmed his status as Wales’ leading No.10, Anscombe approaches this weekend’s anniversary of his devastating injury at Twickenham awaiting a specialist’s examination.

He had hoped for the all-clear in time for Ospreys’ home match against Dragons on August 23, their first since losing at home to Leinster six months ago. Instead his continuing absence will leave head coach Wayne Pivac no option but to plan for the resumption of international competition without him.

Wales are due to assemble in mid-October for a prolonged run of six matches during a Test window extended to an unprecedented seven weeks, from October 24 until December 5. The southern hemisphere’s Rugby Championship, due to have kicked off this month, is due to start on November 7 and finish five weeks later.

The Rugby Paper reported as far back as May 10 that the All Blacks had by then decided to abandon their European tour because of Covid-19. World Rugby’s formal approval of the new fixtures sparked a new row over the old conflict between club and country, provoking an immediate threat of legal action from the Top 14 clubs in France.

Angry at what they see as a lack of proper consultation, the clubs had agreed to release their international players for five Tests. The French Federation insisted on six, twice as many as in previous years and, according to the clubs, ‘unacceptable’.

France head coach Fabien Galthie has revealed that the first of those six matches will be against Wales on October 24 as a warm-up for their final round of the Six Nations postponed from last March. France play Ireland in Paris on October 31 with Wales home to Scotland on the same day except nobody can say for sure where that home will be.

Twickenham is the Welsh Rugby Union’s preference, provided they are allowed the spectators which the Welsh Assembly refuses in Wales for the remainder of the year. Should the RFU be in the same predicament of having to play behind closed doors, Wales can use stadia in Swansea or Llanelli as a temporary alternative with their Cardiff home converted into a field hospital.

Wales had lined up a four-match autumn series against Southern Hemisphere opponents over four weeks – Fiji on November 7 followed by New Zealand, Argentina and South Africa. Instead they are due to play England at Twickenham, Ireland in Dublin and Fiji in an emergency Eight Nations event run on two pools of four.

The final round, on December 5, will be determined by how the countries stand after three matches. First to fourth in one pool will play first to fourth in the other which means Wales’ last match will be against one of France, Scotland, Italy or Japan.

As revealed by The Rugby Paper last month, England’s opening match will be against the Barbarians at Twickenham on October 25 followed six days later by the prospective Six Nations clincher against Italy in Rome.

After a week’s rest, England will open their revised November programme against Ireland, Fiji and Wales. France will play Scotland, Japan and Italy on the same three weekends.