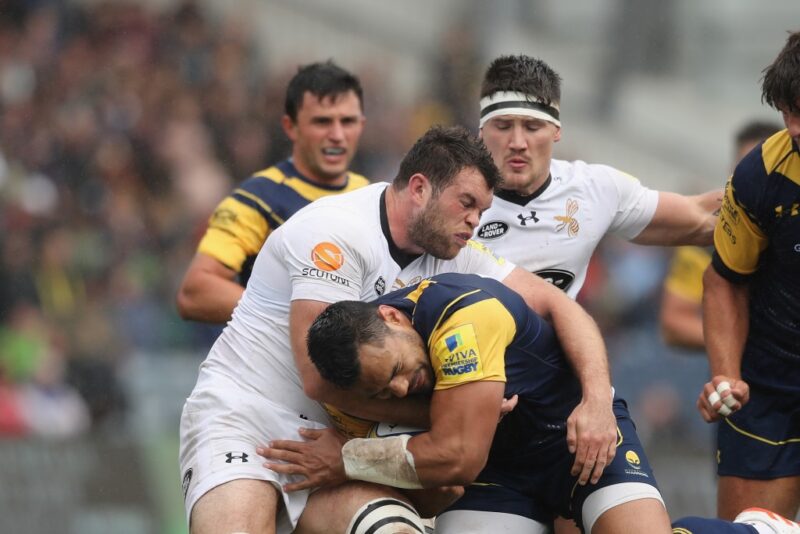 Alex Rieder has branded the collapse of the Yorkshire-based academy as “an absolute joke”.

Retired Wasps flanker Rieder is one of a number of academy graduates who came through the system to play in the Premiership.

But young talent within England’s biggest county will now have to look elsewhere for their path to the top after the RFU joined Leeds in withdrawing their financial support.

Seven members of staff and three senior academy players were made redundant on Monday as a result of the decision.

Responding to our exclusive story, Rieder took to twitter to vent his anger. “An absolute joke. I gained my opportunity to pursue a dream through the Leeds academy,” he tweeted.

“Yorkshire is a hub of talent and has some of the highest calibre of young talent in the country. If you want to sabotage/isolate the development of English rugby then congratulations, job well done.”

Leeds’ academy operated on a shoestring budget last season as the club could not afford to meet their £200,000 obligation, leaving the RFU to foot the bill themselves.

The RFU contribute up to £350,000 per academy and had expected to share the financial burden moving forward with Leeds Beckett University. However, Leeds Beckett pulled out of the deal in March due to the financial crisis caused by Covid-19, while the RFU have also had to make cuts.

In a statement, the Yorkshire RFU and the RFU insist they are working hard to find a solution.

“Yorkshire RFU and the RFU continue to look at other options to secure the long-term future of the programme and engage with potential partners. Both organisations are committed to ensuring a short and long-term development programme in Yorkshire that remains fully supportive of Yorkshire Rugby.”

Relocating the academy to Doncaster, the highest-placed club in the county, would be an obvious choice but the Championship side probably don’t have the financial clout to fund an additional project.

Their own academy is thriving and pays for itself through the club’s partnership with Doncaster College. Four players stepped up to the first-team last season and the academy side has been promoted to the third tier of student rugby.

Knights’ president and benefactor, Steve Lloyd is, however, of the belief that academy licenses belong outside of the Premiership.

“We are very keen to look at the pathway of players within Yorkshire,” said Lloyd, who doubles up as chairman of the Championship Clubs’ Committee.

“I don’t mean we want the RFU academy at Doncaster, we are talking about a Yorkshire facility that all clubs in Yorkshire would have an input into.

“Academies do not belong with Premiership clubs. It is a fallacy to think those are the best places for them. They really need to be outside and not just necessarily within universities.”