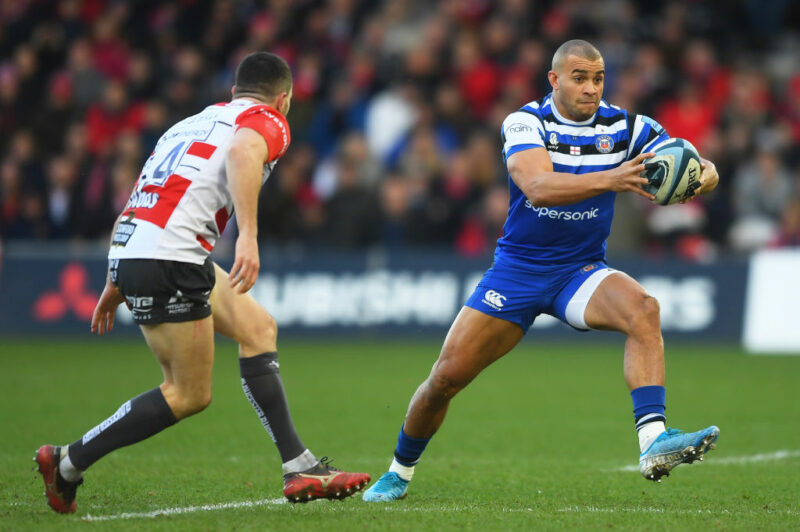 JONATHAN Joseph has spent part of his time in lockdown applauding the increasing awareness of the Black Lives Matter movement – a cause he firmly believes in.

Joseph says: “It’s a pretty complex subject but for younger players coming through, it’s important they see those role models.

“When I was coming through there weren’t that many black players in the Premiership – Topsy Ojo, Jason Robinson, Ugo Monye maybe – and it was quite hard for a young black lad coming through to fit into what rugby was all about.

“I think it’s got better and you can see that with the amount of black and mixed-race people playing in the Premiership and for England now, but there are still areas of the game in coaching and administration where we could be better and more diverse.”

As one of English rugby’s most intelligent midfield generals, Joseph adds: “I certainly wouldn’t rule out coaching in future and I feel pretty knowledgeable about the game, so it would be nice to help out younger players with their careers and a few words of wisdom.

“I always felt that if I hadn’t made it as a rugby player, I’d have been a PE teacher or something like that, so that’s embedded in me already. My mum’s a PE teacher and I definitely feel I have the capability to go down that route, although it’s still a way off.”

After racking up his 50th England cap in February, fired-up centre Joseph is ready to emerge from lockdown to propel Bath to a long-overdue title success.

Refreshed in mind and body after a demanding couple of years in which he fought to recover from two bouts of ankle surgery before going through the rigours of a World Cup and an aborted Six Nations campaign, Joseph is feeling the benefits of an enforced rest.

At 29, he is one of Bath’s senior men and having made his Premiership debut for London Irish a decade ago, the yearning for that first piece of club silverware is intense.

Joseph said: “I’d been excited to get back from the Six Nations to play for Bath because we had players coming back from injuries, all our internationals were back and the weather was getting better, so we were pretty confident of building on sixth place.

“Obviously the season’s been interrupted but, from a personal perspective, I spent lockdown with my partner, a friend and my younger brother, Will, who’s just finishing school and is joining London Irish’s senior academy, so we had four in the house and actually had a fun time.

“I had a home gym set up, we’d do our running sessions together and it was really refreshing to spend some quality time at home. After spending a lot of the last two years rehabbing an injury, fighting for a World Cup spot, playing in Japan and then playing in the Six Nations, to have three months where you could step away from rugby and reset a bit has been beneficial.”

Joseph added: “Coming back into training now, you always believe you’ll succeed but I look at the Bath squad, coaching staff and set-up we have off the field and it’s all there in front of us.

“How we finish the season is up to us, but it’s five years since we made the Premiership final in 2015 and we’ve been mid-table ever since. I’m getting older and appreciate how hard this competition is to win, but you’ve got to take every opportunity that’s thrown at you.

“Ben Spencer’s a good signing for us at scrum-half and will add to our squad and I know everyone’s mindset is in the right place. We’ve only been training in small groups so far but, hopefully, we’ll move to stage two this week and start building things up for the restart.”

Next year’s Lions tour remains a way off, but Joseph would relish another crack after appearing three times in New Zealand three years ago without making the Test team.

To be part of Warren Gatland’s plans, however, the fleet-footed midfielder knows his starting point is with Bath and he must continue to impress England boss Eddie Jones.

With Joe Marchant, fresh from his New Zealand experience, ready to throw his hat in the ring for the outside-centre spot, along with Henry Slade and Manu Tuilagi, Joseph says: “It’s always been big competition for that No.13 shirt so nothing changes from my view.

“Eddie’s the boss, everything comes from him and we’ve had long chats. He’s very happy with how I go defensively but attack-wise he wants me to keep pushing to take people on a little bit more, so everything starts with Bath now and I’ll be looking to perform here.

“With these Premiership games coming up in August, the Rec should be quite firm and it should be good for some running rugby, so I’m really excited about getting out there. Of course, I’d love another Lions tour, but I need to look after my body and perform really well.”

While the pandemic has seen pay cuts across the board, Joseph takes that in his stride. He explained: “Obviously it’s not been ideal but we understand the situation. It was a stressful week leading up to the deadline day to get all the contracts sorted, but credit to our coaches and everyone at the club for getting that done and it’s something we’ll deal with.”

While Joseph admits George Kruis’ move to Japan has piqued his interest in playing abroad, he is committed to Bath until 2022 and has another World Cup in his sights.

“Initially I was a bit shocked when I heard George was leaving because he’s quite a key feature of the England squad,” Joseph said. “I thought it was a bit early but after speaking to him he was pretty happy with his decision to go and explore the world a bit.

“He’s had a fantastic international career and wants to make a bit of cash in Japan, so potentially it’s something I might look at one day. I’ve got two more years at Bath so we’ll see what happens in the next year or so and reassess.”