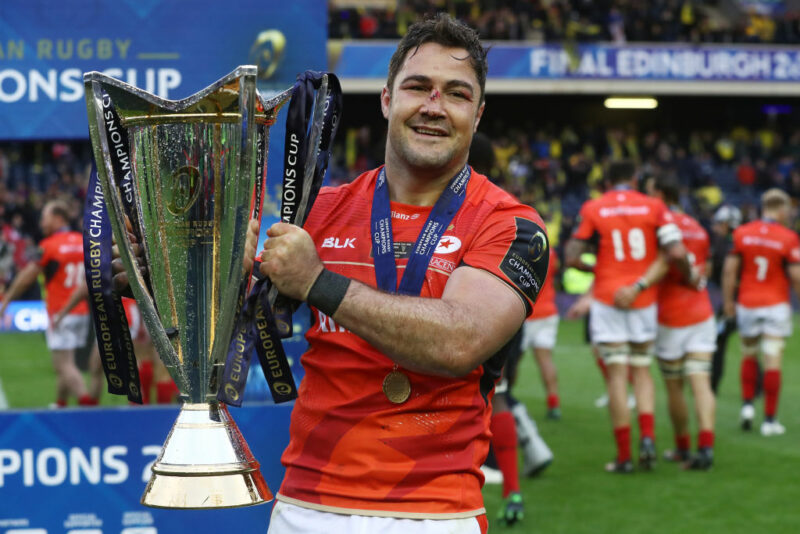 Brad Barritt will be playing rugby elsewhere in 2021 after announcing he will be leaving Saracens at the end of the season.

The Saracens captain’s contract was due to expire at the end of June, making him a free agent, but an agreement has been reached to allow the former England international to finish the current season.

Barritt, 33, took over the captaincy of Saracens from lock Alistair Hargreaves following his retirement in 2016.

Leading the London club to two Premiership and two Champions Cup triumphs since has established Barritt’s reputation as one of the toughest centres around.

But Saracens’ relegation to the Championship has forced Barritt to consider his options in the later years of his rugby career.

“I’m excited and delighted to announce that I’ve signed a contract extension until the end of the 2019/20 season,” said Barritt.

“But I’m also sadly going to announce that this will be my last season with Saracens. I have had an incredible stay here of 12 years.

“There have been so many memories, so many experiences, but sadly all good things must come to an end.

“I also want to hopefully sign off on a positive note and enjoy these last few months as a Saracen.”

Signed from the Sharks in 2008, Barritt has made 257 appearances for Saracens and been present for all three of the club’s Champions Cup successes in the last decade.

After Saracens won their maiden Premiership trophy in 2010-11, the Durban-born back was called into the England squad under the new regime of Stuart Lancaster after the team’s shortcomings at the World Cup in New Zealand.

All 26 of his caps came under Stuart Lancaster, the last of which came against Australia in 2015 Rugby World Cup group stage when England’s early exit was confirmed.

Director of rugby Mark McCall added: “Brad’s agreement to stay with the club until the conclusion of the 19/20 season is outstanding news.

“He has been a central figure in the development of our club for more than a decade and a truly great captain for the last five years.

“We are delighted that Brad will have the opportunity to end his time with us in the manner he so richly deserves.”