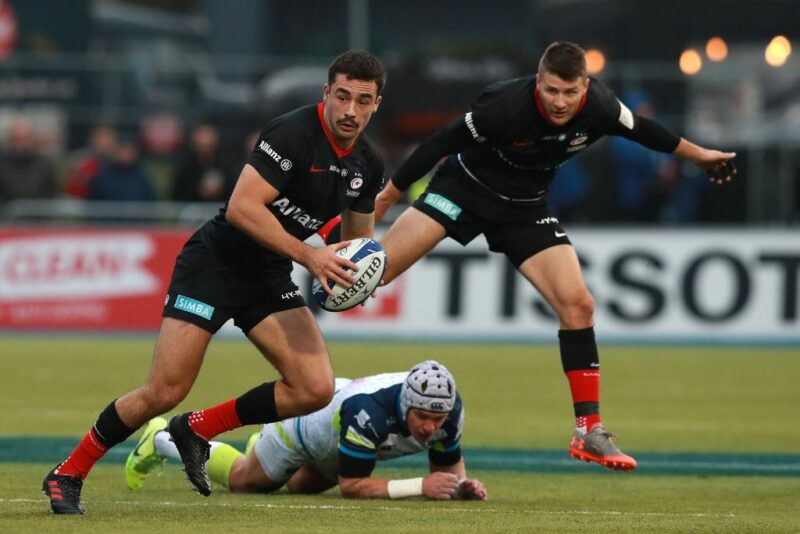 Montpellier have announced the loan signing of Saracens centre Alex Lozowski for the 2021-21 Top 14 season.

The England international will formally begin his stint in Occitanie from July 1 and, in doing so, exclude himself from Saracens season in the Championship.

The Rugby Paper had linked Lozowski with interest from Bath before they bought Cameron Redpath out of his contract at Sale Sharks.

This led to strong interest from in Lozowski from Toulouse who have been outdone by Top 14 rivals Montpellier for the 26-year-old’s signature.

Lozowski told TRP in January: “I’m contracted to the end of the season at least, so I’ve got to show why I deserve to be given a contract, whether it’s here or wherever.

“I’m comfortable with it, it’s what you sign up for on one or two-year contracts. They’re never massively long so you know you’ll be coming to the end after a while.

“We’ve got some amazing players coming through the academy – young guys who are going to get chances in the first team.”

A statement by Saracens following Montpellier’s announcement confirmed Lozowski has agreed a two-year extension at the Premiership club.

“I’m really happy to have managed to secure my future with Saracens,” he said. “It’s a club that have been really good to me over the years and I’ve enjoyed playing here for a long time now.

“I’ll be watching closely and cheering on the lads and hoping they do really, really well next season. I think the team spirit and character will take us back to where we want to be.

“I’m glad that I’ll be able to come back and play in a great team with a great bunch of lads the season after next.”

Director of Rugby Mark McCall added: “We are delighted that Alex has chosen to his extend his stay at the club.

“Whilst he has made great progress over the last few years, we firmly believe there is much more to come and we look forward to helping him realise his undoubted potential.”