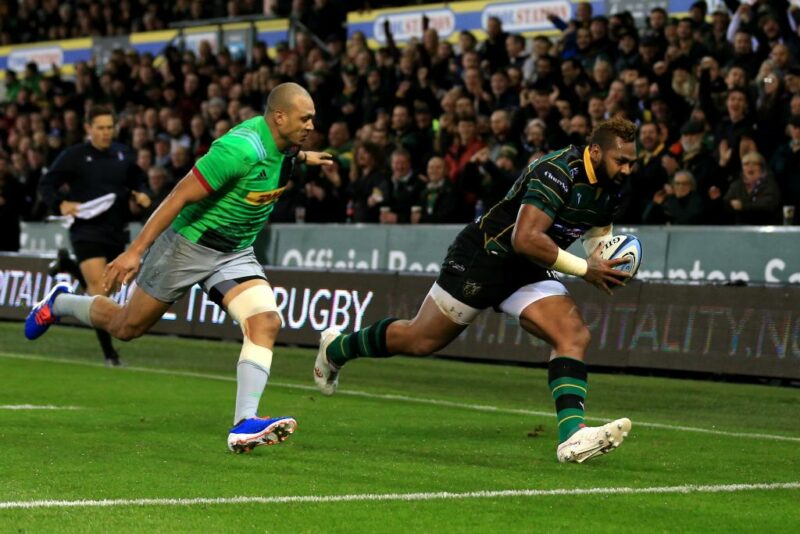 “I’m very keen on looking at players who for instance may have played for England or New Zealand or whoever, and whether they could go back and play for their country of origin,” Beaumont told Sky Sports.

And for Wallabies wing Naiyaravoro that would mean the possibility of playing for Fiji with the 2023 Rugby World Cup on the horizon – a situation he would relish.

“As much as I enjoyed those moments, I always have said to myself what if this jersey was the Flying Fijians jersey,” he said to FBC.

“It felt like I wasn’t satisfied and that’s when I knew that my heart was with Fiji all along.”

Naiyaravoro was in the frame to go to the 2015 Rugby World Cup after making his debut in one of the Wallabies pre-tournament warm-up matches against the USA.

Ultimately missing out on inclusion in Michael Cheika’s squad which reached the World Cup final, Naiyaravoro won only one other cap as his Wallabies career failed to ignite.

But the 28-year-old has no regrets over his lack of Test experience for Australia despite being prolific for the Waratahs and Northampton.

“Firstly I want to make it clear that playing for the Wallabies was something I never thought I would be asked and I never have any regrets in playing for them,” added Naiyaravoro, who has scored 11 tries in 33 appearances for Saints since he signed in 2018.

“I’ve always had Fiji close to my heart every time I stepped out onto the field regardless of what team I play for.”