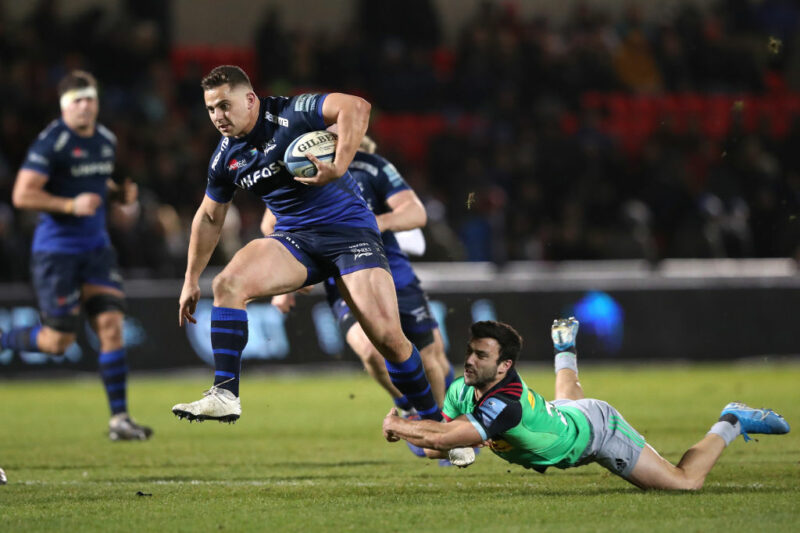 Sale Sharks have been fined and given a suspended five-point deduction for making an illegal approach to sign centre Rohan Janse van Rensburg from Gloucester, an independent disciplinary panel has ruled.

The South African agreed a three-year deal to switch to the AJ Bell Stadium 11 months after he joined Gloucester in 2017.

As part of the agreement which saw van Rensburg move to the Premiership from Super Rugby outfit Lions, Gloucester paid an advance of £25,000.

Found to have been under contract with two clubs, the RFU charged van Rensburg under rule 5.12 for ‘conduct prejudicial to the interests of the game’ and a panel issued a fine of £32,500 – of which £25,000 will be repaid to Gloucester – and two-week suspension.

Sale admitted to two breaches, including regulation 7.1 relating to player approaches, and were handed a five-point deduction suspended to two seasons, as well as a £20,000 fine.

Ginvert admitted a breach of RFU intermediary regulation 8.5.2 for ‘failing to observe the highest standards of fair dealing’ and was sanctioned with sa £3,750 fine and required to take a mandatory agent education programme.