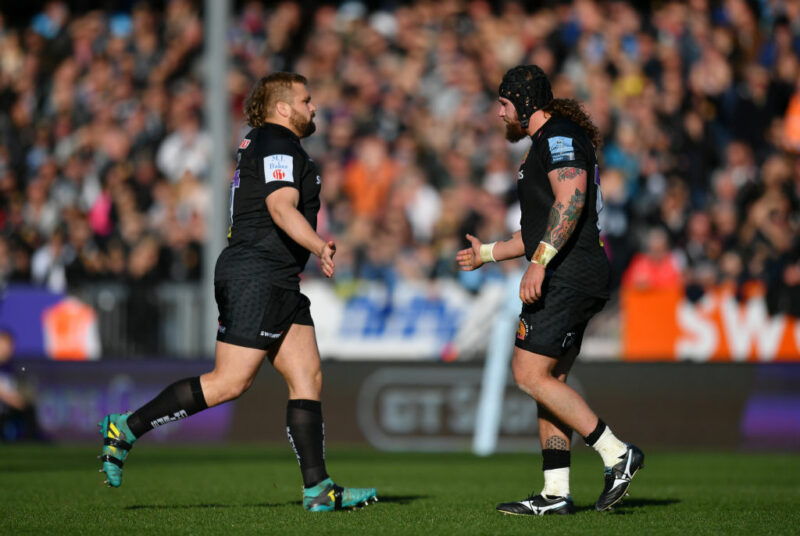 Wales prop Tom Francis fears coronavirus will force him into choosing between club and country.

A serious shoulder injury during Wales’ World Cup semi-final against South Africa and the likely cancellation of the three-Test summer series in New Zealand has exposed Francis to falling foul of the controversial 60-cap rule.

The 27-year-old tighthead is marooned 12 short of the number which would allow him to continue playing for an English club without affecting his Welsh status.

Francis’ Exeter contract expires at the end of next season. As the rule stands, he would have to accept an offer from a Welsh region aware that staying with the Chiefs would put him out of bounds to Wales.

“I needed 60 caps by the end of next season,’’ he said from his home in Devon. “I don’t think I can reach the required number in time.’’

A Yorkshireman who qualifies for Wales because his grandmother came from Abercrave in the Swansea valley, Francis has played all his club rugby in England, starting with Doncaster before joining London Scottish.

He said: “My plan has been to win the double (Premiership and Champions Cup) with the Chiefs. I am settled here with a great bunch of boys playing great rugby. It would be a shame if I had to leave.’’

Wales have been under pressure to review the rule from those within the game who believe it is a self-imposed handicap preventing head coach Wayne Pivac from picking the best players irrespective of where they play their club rugby.

His predecessor, Warren Gatland, has called for the WRU to halve the eligibility condition thereby allowing players with a minimum of 30 caps to leave for greener pastures beyond Wales without having to sacrifice their international career.

Only last month Welsh rugby’s Professional Game Board, made up of delegates from the four regions and the Union, were asked to consider making Rhys Priestland eligible for a one-off return against France in response to a fly-half crisis.

Priestland has been unavailable to Wales since leaving the Scarlets five years ago. The proposal to grant special dispensation in his case met with internal opposition before Dan Biggar’s swift recovery from concussion solved the problem.

The predicament facing Francis through circumstances far beyond his control will prompt renewed calls for the Welsh power brokers to rethink the wisdom of the policy. As the last few weeks have shown, they can ill afford to lose a player of Francis’ stature.