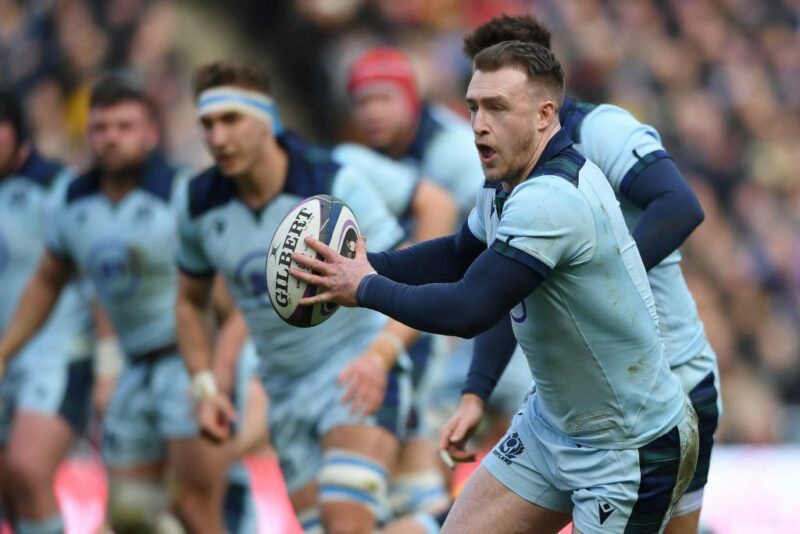 Former British & Irish Lions coach Jim Telfer believes there are at least three Scotland players who are destined for a place on the tour of South Africa next summer.

Melrose-born, the Lions forwards coach of the victorious 1997 tour against the Springboks has spoken of his positive views towards the direction of the Scotland team under head coach Gregor Townsend.

In the Six Nations, which saw Scotland record wins over Italy and France, Telfer identified three players who had come to the fore.

Including captain Stuart Hogg in the trio, Telfer shared the two players who he believes can add to the Lions pack and its huge task of combating with the reigning World champions, just as the likes of Tom Smith and Rob Wainwright did in 1997.

“I believe Hamish Watson should’ve gone on the last one – he’s an excellent player and Jamie Ritchie has been excellent since he’s come in to the Scotland team,” Telfer told SCRUM.

“I think Stuart Hogg has a very good chance of going.

“We have good players coming through.

“There’s normally about four or five Scots but those three I’ve mentioned are top notch.”

What start off disappointing turned into a tournament with a ‘lot of positives’ for Scotland head coach Gregor Townsend, himself a tourist in 1997.

After narrow defeats to Ireland and England failed to appease the critics who were damning of the squad’s failure at the World Cup in Japan, the team responded with wins in Rome and at home to the French to end their Grand Slam dreams.

Key to their turnaround was a reinvigorated defence, in the eyes of Townsend.

“We can get momentum through our defence and that’s been pleasing,” Townsend told the BBC, having seen his side concede just four tries in the Six Nations.

“The players are now more confident when the opposition go through a number of phases that we will get the ball back.

“We’ve been able to adapt to different tactics. The effort with and without the ball has been very good, with the kick-chase, scramble in defence, putting our bodies on the line. Those are great qualities to see.

“We have shown that attitude prior to the Six Nations but what we didn’t have last season was consistency from game to game, whether that was game management, execution of skills, defensive alignment – we dropped down a couple of times and that cost us.

“In these four games those were all at a high level and it kept us in every game and gave us opportunities to win every game. I suppose the frustration is not taking those chances early on in the competition.”

It remains to be seen when the Six Nations will reconvene after all matches in the final round were postponed.

The tournament organiser has stressed its intent to have all fixtures completed in due time, with a possible date in October mooted.