Home / International Rugby / Schmidt: ‘We aren’t going to sneak up on the All Blacks’

Schmidt: ‘We aren’t going to sneak up on the All Blacks’ 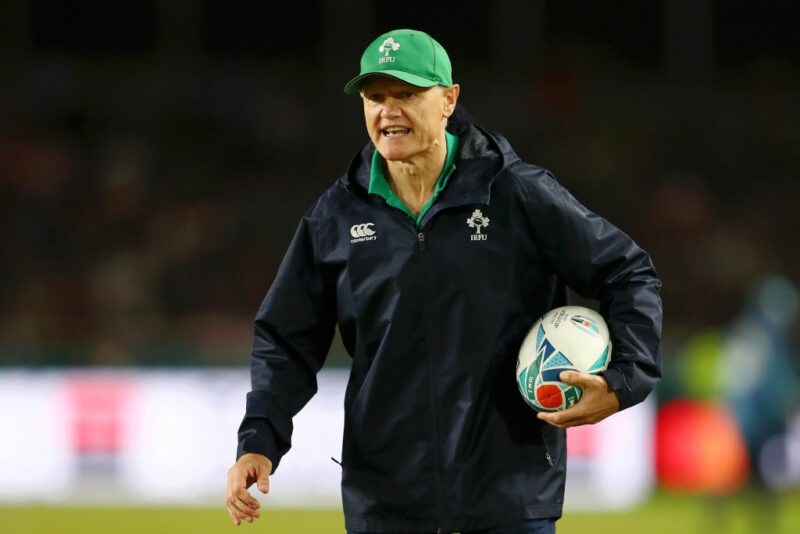 Joe Schmidt has named his Ireland team which will go in search of a first semi-final berth for the country at a World Cup.

Ireland have been stopped short of reaching the last four of a tournament at all eight previous World Cups.

In order to avoid making it a ninth time they will have to beat reigning world champions New Zealand in Tokyo.

What could be Schmidt’s final game of his silverware-laden tenure in charge of the four provinces will rest of his team facing up directly against the All Blacks, the coach said.

“We certainly are not going to sneak up on them anymore,” Schmidt told the Irish Times.

“We certainly are not going to sneak up on them anymore.

“Any 23 can play very well against the All Blacks and not get the result. Because of their athletes and skill level.”

All Blacks coach Steve Hansen has made the bold call to leave veteran full-back Ben Smith out of his match-day 23.

The two-time World Cup winner, who will leave the NZRU and Highlanders to move to France after the tournament, misses out in place of Jordie Barrett who is on the bench.

Hansen has been boosted by Brodie Retallick’s clearance to be involved in Saturday’s match.

The 78-Test lock is yet to fully recover from a shoulder injury he suffered in the Rugby Championship, but medical staff gave the green light for him to play against Namibia almost a fortnight ago.

“Brodie is a bit of a freak when it comes to fitness,” Hansen said.

“He has got a big motor. It is just [a question of] how long we have to play him.”